Why "Murder" in the form of legal execution Justified? 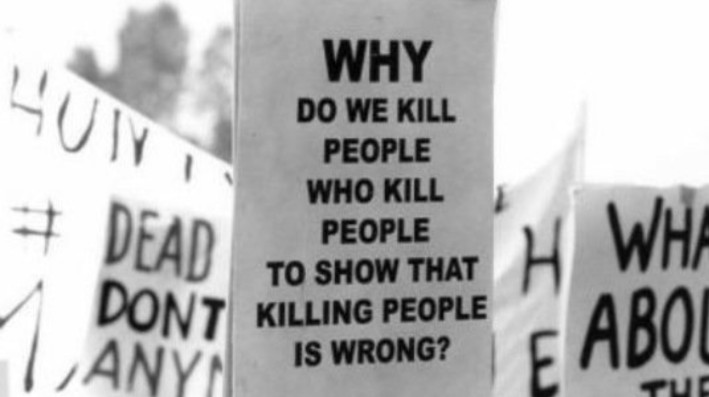 With the advent of the ‘Humankind’ there has been crime and punishment. The series of emotions and vengeance among humans have led to crimes and mass destruction.

Throughout the history, societies and the law around the world have been in dilemma considering the moral complications and the depth of emotions involved in capital punishment, but countries have used it as a weapon to deter most heinous crimes.

Although a large number of countries have abolished it but it is still practiced in a number of countries including India, China, Iran etc. 95% of all known executions were carried out in only six countries: China, United States of America, Iran, Pakistan, Iraq and Saudi Arabia. China remains the world’s top executioner.

The law determines that all the guilty people deserves to be punished in proportion to the severity of their crimes and according to the advocates of capital punishment, it is stated that real justice requires people to suffer for their wrongdoings and incase of murderer what their crime deserves is another murder in the form of official and legal execution.

‘An eye for an eye’ is blatantly a very bogus argument, according to me. Capital Punishment is vengeance rather than a retribution and is morally a dubious concept.

There is no concrete evidence that deterrence works at all because presently the rate of increasing crimes and the brutal forms of rapes and murders indicate something else. Therefore no one knows if death penalty deters more than life imprisonment.

Deterrence is most effective when punishment happens soon after the crime, the lengthy legal process to execute prisoners who are on death rows make it very little effective.

The death penalty is anyways for heinous crimes but the loophole is that life imprisonment allows the prisoners to contemplate upon their actions for the rest of their lives, have enough time to regret their actions and are thus punished accurately rather than just a death note where they die immediately, there stays no remorse over the crimes they commit.

Another face of this argument is that the anticipatory suffering of the criminal who may be kept on death row for many years, makes the punishment more severe than just depriving the criminal of life.
In the end I believe death penalty is one of the most brutal form of legal violation of human rights and hence not justified.

Law should rise with life and it should respond to justice with humanism.