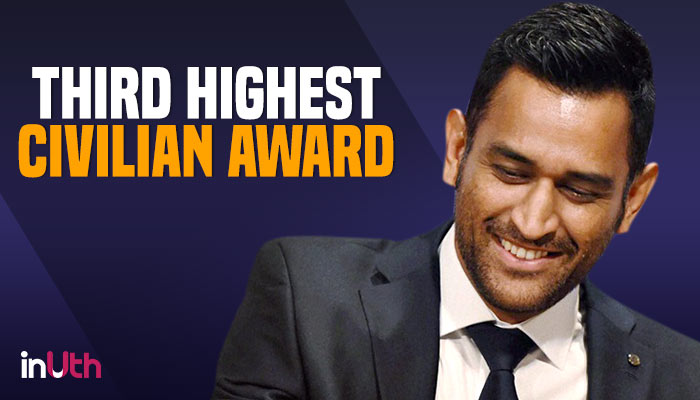 The Padma Awards are conferred on the recommendations made by the Padma Awards Committee, which is constituted by the Prime Minister every year. The nomination process is open to the public. Even self-nomination can be made.

The Padma Bhushan is the third-highest civilian award in the Republic of India, preceded by the Bharat Ratna and the Padma Vibhushan and followed by the Padma Shri. Instituted on 2 January 1954, the award is given for "distinguished service of a high order...without distinction of race, occupation, position or sex." The award criteria include "service in any field including service rendered by Government servants" including doctors and scientists, but exclude those working with the public sector undertakings.

The Padma Awards Committee is constituted every year by the Prime Minister of India and the recommendations for the award are submitted between 1 May and 15 September. The recommendations are received from all the state and the union territory governments, as well as from Ministries of the Government of India, Bharat Ratna and Padma Vibhushan Awardees, the Institutes of Excellence, Ministers, Chief Ministers and Governors of States, Members of Parliament, and private individuals. The committee later submits their recommendations to the Prime Minister and the President of India for the further approval. The award recipients are announced on 26 January, the Republic Day of India.

Music maestro Ilaiyaraja and cricketer M.S. Dhoni were among this year’s 89 Padma awardees, announced by the Centre on the eve of the 69th Republic Day.  While Mr. Ilaiyaraja was among the three Padma Vibhushan awardees, the former India captain is among the nine Padma Bhushan recipients. Padma Vibhushan and the Padma Bhushan are the second and third highest civilian awards of the country respectively.

This year 85 recipients have been selected for the prestigious awards including two duo cases. This includes 3 Padma Vibhushan, 9 Padma Bhushan and 73 Padma Shri awards. Fourteen of the awardees are women, while 16 persons are foreigners and three are being awarded posthumously.

Dhoni, who came to the ceremony in his Lieutenant Colonel uniform, walked like an army personnel when his name was called upon to receive the award. The Indian Territorial Army had conferred the honorary rank of Lieutenant Colonel to Dhoni on November 1, 2011, months after India won their second World Cup under his leadership. The 37-year-old Dhoni is the second Indian cricketer after Kapil Dev to receive this honor.

Incidentally, Dhoni is receiving the award exactly seven years since lifting the ICC Cricket World Cup as India skipper in Mumbai on April 2, 2011.

It was a happy coincidence for him as he was conferred with the prestigious civilian honor on the seventh anniversary of their famous World Cup triumph.

It was on the very same day way back in 2011 that Dhoni launched pacer Nuwan Kulasekara for a whacking six over the long-on to end India's 28-year-old wait and helped his team lift the coveted World Cup trophy in front of a jam-packed Wankhede Stadium in Mumbai.

Dhoni has been the recipient of many awards, including the ICC ODI Player of the Year award in 2008 and 2009 (the first player to win the award twice), the Rajiv Gandhi Khel Ratna award in 2007 and the Padma Shri, India's fourth highest civilian honor in 2009. Considered as the country's most successful cricket captain, Dhoni led India to two World Cup triumphs -- in the inaugural ICC World Twenty20 held in South Africa in September 2007 and the 2011 ICC ODI World Cup. India also won ICC Champions Trophy under him. It was under his captaincy that India climbed to No. 1 in the ICC Test Rankings in December 2009.

Just like Dhoni, Advani, 2018 TOISA Snooker/Billiards Player of the Year, also has a distinguished career, having won gold twice in Asian Games in 2006 Doha and 2010 Guangzhou. He is also a multiple world champion. Advani, 32, has ruled world billiards for several years. The Bangalore-based cueist has won 18 world titles. Ace cueist Pankaj had claimed the IBSF World Snooker Championship title in November last year.

Three of them, except Mirabai, had received their awards from the President in a ceremony on March 21, while the weightlifter is in Gold Coast, Australia to participate in the upcoming Commonwealth Games.

Dhoni dressed smartly in his territorial army uniform. As his name was announced, Dhoni marched past the dignitaries present at the Rashtrapati Bhavan before receiving the honor from President Ram Nath Kovind. He collected the award as the crowd broke into thunderous applause.

A lot like his batting in his heydays, Dhoni looked pretty much at ease as he walked towards the dais wearing the army uniform. In the upcoming Indian Premier League season, the 37-year-old will lead Chennai Super Kings, who have won two titles in 2010 and 2011. The Dhoni-led team also won Champions League in 2010 and 2014.

Taking to Instagram, Dhoni posted a series of photos from the event which included his family as well. The post read: "An honor to get the Padma Bhushan and receiving it in Uniform increases the excitement ten folds. Thanks to all Men and Women in Uniform and their families for the sacrifices they make so that all of us could enjoy our Constitutional Rights. Jai Hind."

Dhoni has his special way to make his family proud.

Dhoni is regarded as one of the most successful Indian captains of all time. He was made skipper of the Indian T20I side in 2007 before the inaugural T20I World Cup which India went on to win. He was then made ODI captain and became the Test captain after the retirement of Anil Kumble. He led India to the top of the Test rankings, the first time the team reached the position and led India to the World Cup in 2011. He was the first Indian captain to do so since Kapil Dev in 1983. He also led India to the Champions Trophy 2013. He retired from Test cricket in 2014 and in January 2017, relinquished limited overs captaincy too leading to Virat Kohli taking over in all three formats.