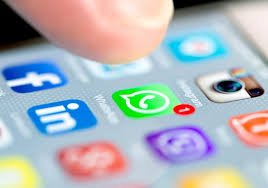 Apple is making sure that they are seen as a privacy priority company as Apple sets to restrict well-known apps from gathering data in the background. It was recently revealed that apps which allow internet voice calls can collect data from the device in the background without the user’s knowledge. Stepping forward, Apple will need local access to be used for VoIP calls.

This change can have a massive impact on texting applications such as WhatsApp and Facebook Messenger, as both of them use the said set of technology. They utilize Apple developing tool as a loophole to avoid iOS restrictions so that an app can run features in the background without being actively used. For an example, WhatsApp, according to The Information, utilizes the present VoIP calling tech for implementing calls as an end to end encryption. It was also revealed by The Information that WeChat and Snapchat also used the same calling tech for purposes other than placing voice calls.

At the 2019 Apple Worldwide Developers Conference, Apple announced that they would push their privacy policies an extra inch. This upcoming change is going to fuel the ongoing feud of Facebook and apps which depend on data gathering for making money. It was claimed by Facebook that they had used the specific API for collecting users’ information. The Facebook spokesperson claimed to be using the Pushkit VoIP to provide a private chatting experience, and not for collecting the data.

WhatsApp, who also claims that the calls placed from its app are end to end encrypted, got its claims questioned after a huge data weakness was exposed in May. The data weakness reportedly put data of 1.5 billion users over the world in danger. The weakness apparently has existed for several years on WhatsApp.

Apple, however, is willing to go against policies that it judges to be unethical, even if that decision makes up for feuds amongst the rivals. For example, iOS 13 will now be providing a new feature Sign In With Apple, which could be translated as a direct competition to Facebook. Facebook has been allowing its users to sign in third party apps with its login for a long time, but now Apple has jumped onto that option as well.

At the 2019 Worldwide Developers Conference, Apple also announced to tighten its rules revolving company certificates for its devices. It was found out earlier this year that Facebook has been using those certificates to hand out VPN software that was channeling users’ data in return for rewards every month. This, however, is a direct violation of Apple’s developing team, and Facebook had to pull off its app after Apple denied its access to the company application program.

It is reported by The Information that the internet messaging and calling apps have until 2020 to update the loopholes and take Apple’s restrictions into account too.