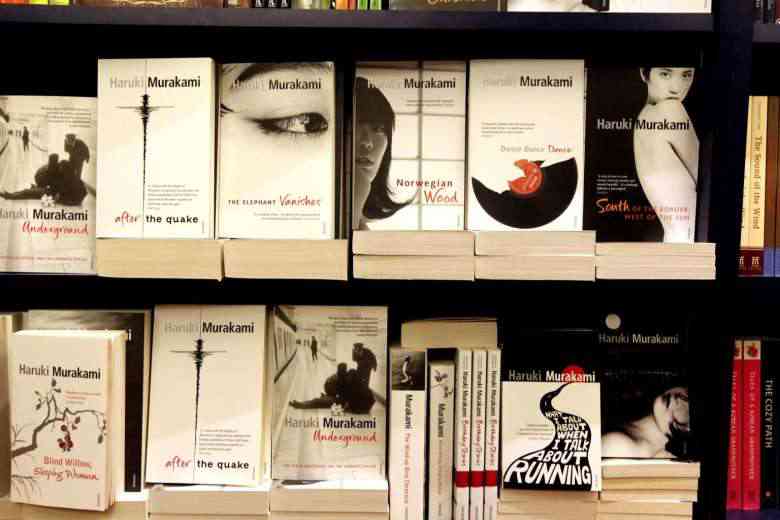 “My short stories are like soft shadows I have set out in the world, faint footprints I have left,” Murakami writes in Blind Willow, Sleeping Woman,

Life is not like water. Things in life don’t necessarily flow over the possible short route”

More or less all of us want answers to the reasons why we’re living on this earth,” Murakami writes in Underground (2010

“And Murakami, of course, himself deals with some dark issues – suicide, loss, war – yet there is the expectation with his work that there may be a faint glimmer of hope in the distance. Not with every work, but with many of his works this is true. Feeling ever so slightly hopeful, and uplifted, is not a bad feeling to end with when you read a novel.”

the two sexes keep falling in and out of love. Also crucial in his writing is loneliness – either innate or acquired

In one of his stories in Men Without Women (2014), a man lets solitude, silence and loneliness soak in like “dry ground welcoming the rain”, seep down inside his body like a “red-wine stain on a pastel carpet”. Sex remains on the horizon too and in some of his novels is described in minute detail. The narrator in Killing Commendatore, for instance, has a vivid dream about making love with his wife after she leaves him.

love is central to Murakami’s world.

Life is not like water. Things in life don’t necessarily flow over the possible short route”

“For Murakami, to write is to connect with a deep core of himself. He told Sam Anderson in a 2011 interview with the New York Times: “I live in Tokyo, a kind of civilised world – like New York or Los Angeles or London or Paris. If you want to find a magical situation, magical things, you have to go deep inside yourself. So that is what I do. People say it’s magic realism – but in the depths of my soul, it’s just realism. Not magical. While I’m writing, it’s very natural, very logical, very realistic and reasonable.”

if you’re only reading what other people read, then your thinking will be the same as everyone else’s

If you want an inroad into the enchanting, magical world of Murakami, you should not merely be a reader, books must have “happened” to you. You should also have an ear for music since Murakami writes as if he is “making music”. The writer said More or less all of us want answers to the reasons why we’re living on this earth,” Murakami writes in Underground (2010…..