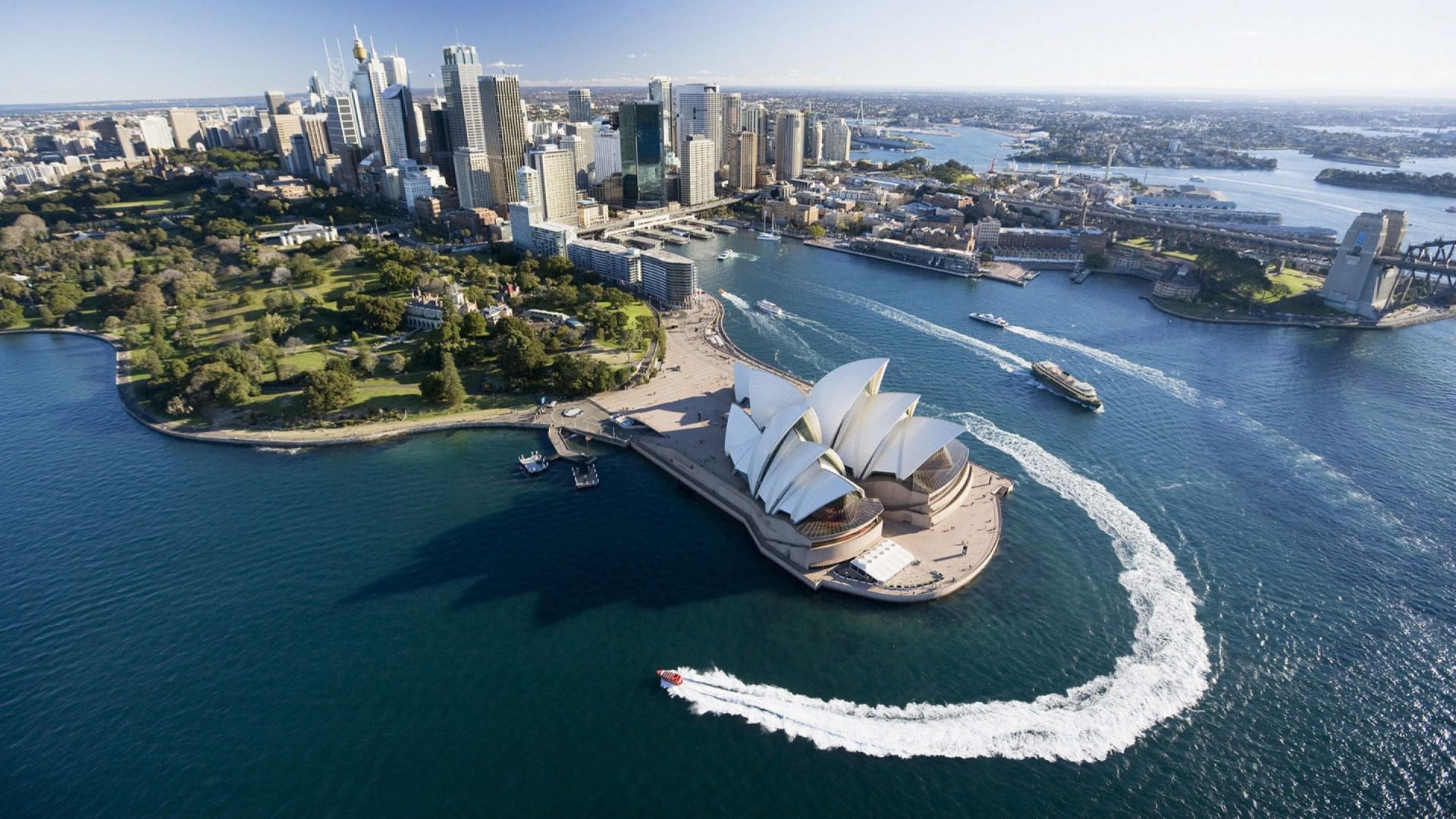 The first settlers are thought to have arrived around 50,000 years ago. This would have most likely been at a time when the sea levels were low, the land was more humid and animals larger.

Although much of Australia became populated, the central dry areas didn't attract settlers until around 25,000 years ago. The population grew proportionately quicker around 10,000 years ago as the climate improved.

At the time of British settlement at Sydney Cove it is estimated that 300,000 aboriginal people, speaking around 250 languages inhabited Australia.

On arrival, finding no obvious political structure, the Europeans took the land as their own. The Indigenous people were driven out of their homes and many killed. Various new European diseases spread rapidly amongst the indigenous people, killing many. The introduction of feral and domestic animals contributed to the destruction of natural habitats.

During the early part of the 20th century legislation's were passed to segregate and protect Aboriginals. This involved restrictions on where they could live and work and families being broken up.

After World War II, assimilation became the governments aim. All rights were taken away from the Aboriginals and attempts made to 'Europeanise' them.

During the 1960's the legislation was reviewed and the Federal Government passed legislation for all Aboriginals to be given citizen status. However, it wasn't until 1972 that the indigenous people were given back limited rights to their own land. The situation has been steadily improving for Australia's Indigenous people, although many feel more needs to be done.

The first European sightings of Australia were made by a Dutchman called Willem Janszoon on the Duyfken (Little Dove). Janszoon sailed into the Australian waters charting 300 km of the coast on the journey. Janszoon also met with the Aboriginal people on the journey. Janszoon was the first recorded European to achieve such feats. Later that year Louis Vaez de Torres sailed through the Torres Strait, named after himself. Both Captains have been recorded as having sighted the Cape York Peninsula.Dutch explorer, Abel Tasman's, first journey to Australia. It was in 1644 that Abel Tasman established that Australia was made up of four coasts North, West, East and South. The Australian state of Tasmania was named after this famous explorer.

Captain Cook (actually a lieutenant at this time), lands in Botany Bay on the Eastern side of Australia in the ship named HM Bark Endeavour. and claims New South Wales for Britain.

The First Fleet arrives at Sydney Cove under Captain Arthur Phillip to establish the first settlement in Australia. This was to be a penal colony -Sydney was founded. The date of his arrival, 26 January, went on to mark Australia Day.

The first 736 convicts banished from England to Australia land in Botany Bay. Over the next 60 years, approximately 50,000 criminals were transported from Great Britain to the “land down under,” in one of the strangest episodes in criminal-justice history.

The accepted wisdom of the upper and ruling classes in 18th century England was that criminals were inherently defective. Thus, they could not be rehabilitated and simply required separation from the genetically pure and law-abiding citizens. Accordingly, lawbreakers had to be either killed or exiled, since prisons were too expensive. With the American victory in the Revolutionary War, transgressors could no longer be shipped off across the Atlantic, and the English looked for a colony in the other direction.

Captain Arthur Phillip, a tough but fair career naval officer, was charged with setting up the first penal colony in Australia. The convicts were chained beneath the deck during the entire hellish six-month voyage. The first voyage claimed the lives of nearly 10 percent of the prisoners, which remarkably proved to be a rather good rate. On later trips, up to a third of the unwilling passengers died on the way. These were not hardened criminals by any measure; only a small minority were transported for violent offenses. Among the first group was a 70-year-old woman who had stolen cheese to eat.

Although not confined behind bars, most convicts in Australia had an extremely tough life. The guards who volunteered for duty in Australia seemed to be driven by exceptional sadism. Even small violations of the rules could result in a punishment of 100 lashes by the cat o’nine tails. It was said that blood was usually drawn after five lashes and convicts ended up walking home in boots filled with their own blood–that is, if they were able to walk at all.

Convicts who attempted to escape were sent to tiny Norfolk Island, 600 miles east of Australia, where the conditions were even more inhumane. The only hope of escape from the horror of Norfolk Island was a “game” in which groups of three prisoners drew straws. The short straw was killed as painlessly as possible and a judge was then shipped in to put the other two on trial, one playing the role of killer, the other as the witness.