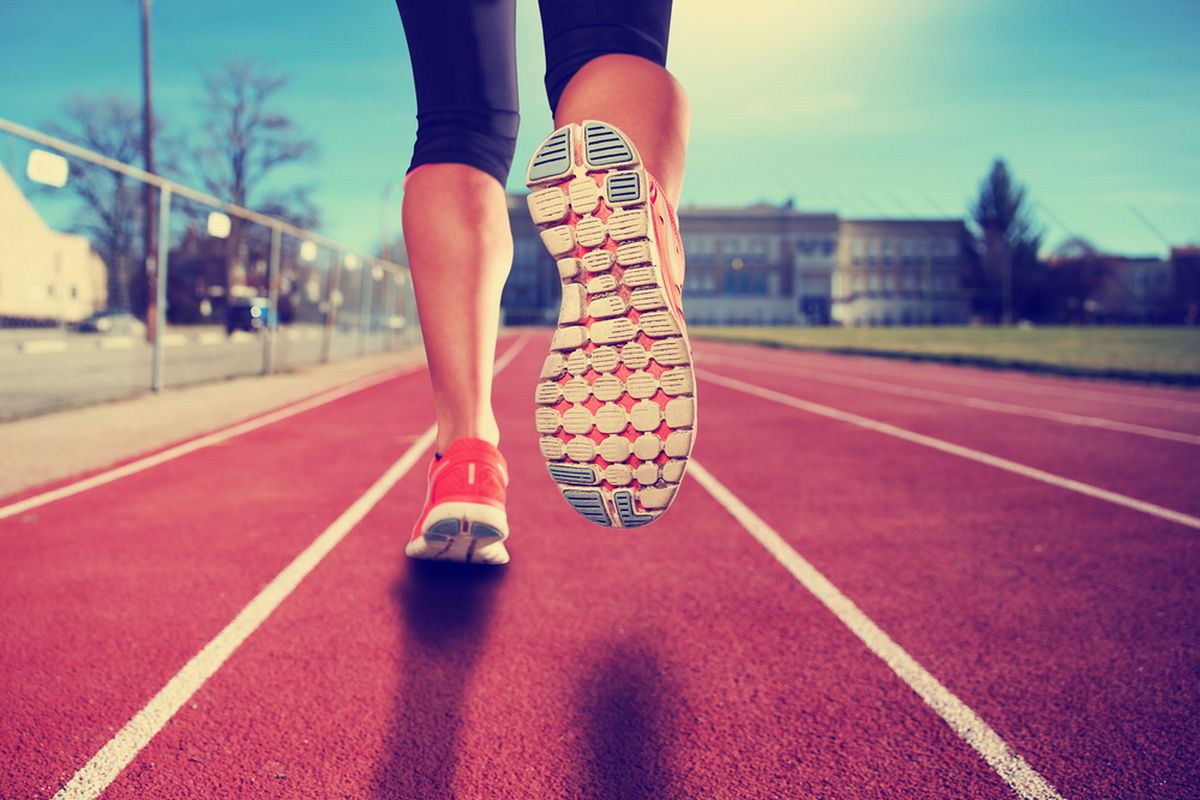 Pick a day with cool weather. Most people will run their fastest on a 45 degree's can’t control the weather, but you can decide when and where you will run. Nike chose the Monza racetrack in Italy for its predictable weather, and decided to be flexible about timing: they picked the first weekend in May, but if the forecast Friday didn’t look good, they were prepared to postpone the race until Saturday or Sunday.
If you’d like to beat your personal best time, don’t race in the middle of the summer. You’ll run 20 percent slower as an day for example. Pick a race in the spring or fall instead. Consider the time of day, too: an 8am start will get you cooler temperatures than a 10am start.

Run on flat ground. Hills can really slow you down, even if you know how to run them without getting tired. You’ll never make up as much time on the downhill as you lost on the uphill, so pick a route that’s described as a “flat, fast course.” Then look up the elevation chart and see how flat it really is.

If you can manage to find a race that’s all (or mostly) downhill, that’ll give you a faster time, you cheater. If you must choose something with ups and downs, consider where they fall in the race. You might prefer to have the uphill at the beginning or middle of the race, and the downhill at the end when you’re more tired.

Drink water but don’t stop for it. The water stops in races are usually tables where volunteers pour water or gatorade into cups, and sometimes they’re kind enough to stand with a cup in hand on the side of the road so you can grab one as you run by.

Kipchoge and friends got their drinks (with specially calibrated nutrients, but that’s another story) handed directly to them so they didn’t even have to break their pace. You can mimic this convenience by running with a hydration belt (the fuel belt  ones are nice) so you have your bottles of water or sports drink already on you. I ran a 30K race this way, and it was so nice to have my water available anytime I wanted it. I didn’t have to dodge a crowd at the water station, or ever spend a second longer feeling thirsty than I had to.

Finally, pick the right shoes. Nike is happy to use the two-hour marathon as a giant ad for its shoes, and they claim the custom shoe's  made them four percent faster. You can’t buy these exact shoes (although if you wear a men’s size 8, 9, or 10 you can enter to win a pair ) but you can experiment with the shoes that are on the market. Nike is selling a watered-down version of their shoe called the Zoomx, and Adidas has a similar model called the Boost. Both have bouncy foam that acts a little like a spring.

Almost any shoe will give you a little bit of bounce , especially if it’s made with EVA foam. This isn’t likely to make a big difference to your overall running time, although that’s a complex calculation. Shoes with more foam may give more bounce, but be heavier, for example. This one is probably best evaluated with trial and error: do you feel great and run fast in your favorite shoes? If you’re comfortable and happy, that’s going to help you out no matter what your shoes are made of.