THE SAHM or STAY AT HOME MOTHER 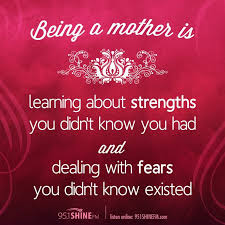 The SAHM  or The Stay At Home Mother is catching up  amongst millennial women.They may be empowered but at heart, they are still traditional.

This decision  of becoming a SAHM has become a fad today, to nurture the cognitive intelligence of the child. During the past girls were married off at young ages and it was ingrained in them that they had to manage home and hearth.It was their job to produce and rear the children while the husband worked outside and was the sole breadwinner of the family. Patriarchy being prevalent ladies adhered to this and skilfully managed home and kids. But with the advent of the twenty-first  century, there has been a paradigm shift in the mindset of the people.Girls are well educated and pursuing careers of their choice. Even after marriage, they get the  liberty to work which is an added bonus  in the smooth running of the house. Careers have made women confident and self-reliant but problems come when a couple decides to start a family.

The joint juncture has faded and given way to a nuclear setup.The nuclear family consists of a couple and their kids. Aged parents are rarely a part of this setup and working couples find it difficult to rear up their children without family back up .Daycare centres and nannies are an expensive and unreliable option. So to nurture the kids a woman leaves her job and becomes a SAHM.

Today ladies feel a bit stifled being SAHMs as the transition from a working mom to a stay-at-home-mom is a difficult task. This causes frustration and depression in a SAHM.

Being a SAHM  appeals to a mother for a little while but in the long run, she feels like a wastrel.People tell her she is useless,she loses her confidence, the husband who had respected her for being an equal pays no attention to her ,finances nosedive,she becomes a helicopter parent which creates a rift between the mother and child,social life vanishes  and above all her kids for whom she had become a SAHM think she has done nothing.This creates a dampener and she finds herself in an abyss of despair.

But keeping faith in one's abilities is the key,being a SAHM shouldn't give a mother a feeling of guilt as---