Apple breaks away from the iPhone dependency 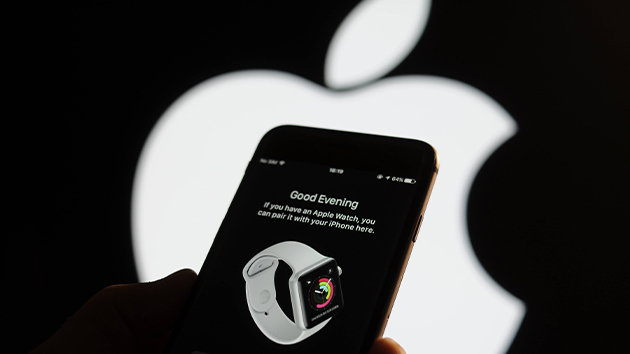 Apple has digested the declines in the iPhone business and is growing again thanks to online services and devices such as the Apple Watch computer watch and the AirPods earphones. IPhone revenue fell 12 percent year-on-year to just under $ 26 billion (€ 23.3 billion) last year. However, Apple managed to increase its sales by one percent to 53.8 billion dollars.

This leaves the iPhone still the most important Apple product. But his share of the entire business of the group fell to 48 percent. This is the lowest value in many years - otherwise it was often more than 60 percent.

A key to overcoming the iPhone dependency lies in online services. These include the streaming service Apple Music, the payment service Apple Pay and iCloud storage on Apple's servers. The division's sales grew within a year from 10.2 to almost 11.5 billion dollars. Apple now has 420 million subscribers. Coming soon are other offers such as the game subscription Apple Arcade and the video streaming service Apple TV +. In the US, an Apple credit card will be launched in August.

An exciting question is how the shift in revenue sources can permanently change Apple's business policy. The company has traditionally made its money selling equipment, which clearly separates it from tech rivals such as Facebook and Google, which are financed by advertising and rely on user data. At Apple, online offers originally served as a supplement to make their own devices more attractive. But now they are an independent economic factor of increasing importance. It's financially lucrative for Apple, for example, when people spend a lot of money on gaming apps or need more online storage space.

However, the largest jump in sales was in the quarter, but in the division, which is the business of the Apple Watch, the AirPods, the networked HomePod speakers and accessories is summarized. There, revenues rose from $ 3.7 to 5.5 billion. Apple does not name sales figures for its devices, but the Watch was talked about by "millions" of new users - in the past quarter, three-quarters of the watches sold went to first-time buyers. For Mac computers, revenues increased from $ 5.3 billion to $ 5.8 billion, and the iPad jumped from $ 4.6 billion to well over $ 5 billion.

Excluding the iPhone, the remaining business of the group grew by 17 percent, as Apple recalculated. Meanwhile, iPhone sales have been declining for several quarters after weaker sales in China and a slowdown in the smartphone market overall. Recently, the iPhone business but went better again, said CEO Tim Cook before analysts.

All in all, Apple earned well over $ 10 billion in the third fiscal quarter ended June, down 13 percent year-on-year. The group closed the quarter with $ 211 billion in reserves - despite $ 21 billion in shareholder sales in the quarter alone, mainly through share buybacks.

Apple for the current quarter, Apple sales of between 61 and 64 billion dollars in prospect. In the same quarter last year, it had been $ 62.9 billion. Also in the face of this forecast, which exceeded analysts' expectations, the stock temporarily gained more than four percent in the after hours on Tuesday.

Cook said in the conference call that Apple also wanted to assemble the new generation of the professional Mac Pro computer in the US. That's why the company has requested that Chinese device components be exempted from 25% US punitive duties. US President Donald Trump had said last week that the company will not get relief from the punitive tariffs on Chinese components. "Build it in the US, no tolls," Trump wrote on Twitter. Cook said that Apple is currently declaring its position and hopes that the application for exemption will be approved.

Apple mounts the previous Mac Pro model since 2013 in Texas. Following the launch of the new generation in June, the Wall Street Journal and the New York Times had written that final production should be relocated to China. Cook said that most Apple products are "virtually everywhere" produced, with contributions from, for example, the US, Europe, South Korea, Japan and China. "It's the nature of a global supply chain."