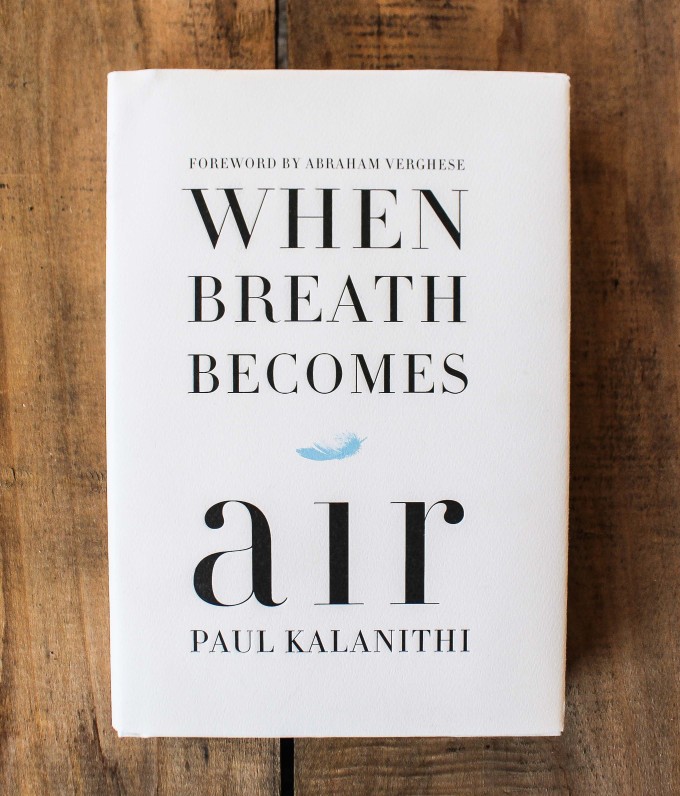 I began this year with a resolution to fuel my love for books all the more. I am happy that with a two year old toddler to manage-a round the clock job, I have already completed reading three books this year. It is literarily satisfying when the book you have read is the one you would want to re-read from your library.

I am a lover of books of fiction. Presently, I am in a zone to explore my reading interest in different genres. The first stop in this road to exploration was a non-fiction autobiography penned down by Paul Kalanithi which was published posthumous. This is an amazing book that transcends you from a real world into a spiritual realm pondering over the questions of life and death – the answers to which the author had been trying to seek all his life.

Paul Kalanithi, aged 36, was an eminent doctor and a scientist who was just months away from completing a decade long training in the exhaustive field of neurosurgery when he was diagnosed with stage IV lung cancer. An alumnus of Yale School and Stanford, he had dreamt of his beautiful future along with his wife Lucy Kalanithi (also a neurosurgeon resident at Stanford) which evaporated one fine day with the news of his diagnosis. This profoundly moving book encapsulates his journey from being a doctor treating terminally ill patients to being a terminally ill patient himself. A tragic role reversal.  It is a book that beautifully describes the gruelling life of a doctor, the strain that it can have on the marital life of a doctor, the relationship between a doctor and a patient and the relationship between a doctor and the patients’ families.

Every death leaves behind a saga of sadness but some deaths seem particularly cruel. He wanted to become a writer and a dad and he became both only when the reality of his terminal disease dawned on him. His volition to write this book was inexplicable. He penned down his autobiography with immense determination in times of great difficulty. He wore silver-lined gloves to use the trackpad of his laptop when his fingertips began to crack due to the effects of chemotherapy.

He has candidly borne his heart out. The essence of this book lies in the account of all the shades of his life to his grave. If he has put some spotlight on his athletic and workaholic side; he hasn’t shied away from exposing his despondent phase, rancorous soul and details of his anguished body. Paul chose the field of medicine to explore the answers to his questions on life and death only to understand them better in his own tryst with death. He breathed his last breath in his sanctuary – the hospital where he had worked relentlessly; in a room barely yards away from where his daughter had been born eight months ago.

This book has left an indelible mark on me. I found it deeply moving. I am not someone who is reduced to tears easily but have felt tears forming in my eyes through the course of this book. This book brings you very close to the soul of Paul. You live his journey through his writing.

This is one of those books which I wish would never have a ‘The End’ page. I am certain I will read When Breath Becomes Air again.