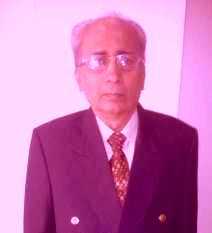 I have on many occasions noticed about people gossiping on waste matters and unnecessary issues wasting their time, energy and money.  Many people landed in trouble with this waste gossip.  Even, I, on few occasions, confronted some criticisms and landed in troubles, for nothing.  Therefore, I would like to bring few incidents to the knowledge of readers.

Self-boasting, gossip, waste talk, unnecessary talk on useless subjects, time pass on political discussions, employees chit-chats, house-wives discussions with neighbors’ in afternoon leisure time, do not pay and make people land in trouble. Some people try to go on speaking non-stop to highlight them as knowledgeable. Some people play politics by mud-slinging on others, for personal gains. Those who do not have work will entangle him or themselves in gossip.It is a habit to gossip with another person without which, a person will not sleep. Most people make gossip. Especially we see all employees chit-chat in offices, factories/industries/banks etc. Of course, in one way, the world of living is with gossip.

Mostly, house wives discuss on many relevant and irrelevant matters in the afternoons. In India, freedom of speech, freedom of expression, freedom of discussion and freedom of wasting time is foreseen everywhere.  The average life span of a person is 60 years or could say 65 years. In this first 20-25 years goes to education line. 25-30 years goes to job settlements and marriage purpose.  Rest of 30 years or 35 years is spent for children sake and employment, foreign tours, business dealings and for earning money. When these are the tight schedules where is the point for gossip time? In the mean while what will happen to life at what time is not known.  The life itself is a mechanical life. There are people who won’t do job, business nor try to work for earning money. Such people do like gossiping, chit-chatting, waste discussions on some other personal, politics discussion and other discussions on gambling.  Some people play gambling and gossip too much.  Some people do not get sleep till such time their gossip is over.

One Mr Madhusudan Reddy who was M Com, MBA was posted as acting Vice-Principal to look after this college functioning.  This gentleman is unmarried and too intelligent. He used to move with students and the Chairman.  He too was coordinating with the University officials. He was habituated to tell something to students, something to Chairman and something to University officials. Mr Reddy used to gossip too much with students and behaving like supporting residential students of this college and telling against the Chairman. At the same time in the evenings he used to gossip with Chairman. He used to tell against some of the students and on me.  He simultaneously was telling fictitious things on residential students, Chairman to the University officials. Mr Reddy’s habit was to play politics, make gossip and to be in the good looks of all.  He never used to teach his subjects. Of course, he was qualified all his degrees in Telugu medium.

Finally, the Chairman, Residential students and I came to know about his political gossip gamble play. On one day, he was removed from the college after completion of the academic year.  I too got fed up and resigned due to waste political gossip that was going on the management college.

Many people, politicians in each day gossip with others, elicit information on the current affairs. During the Assembly sessions and Parliament sessions, all the people discuss, gossip and chit chat on many issues related to common man and on the many Bills that are likely to be passed. It is a point to note here.  In film field, many artists, technicians, directors, light boys, camera men and others make gossip and chit-chat on many relevant as well as on irrelevant issues. Of course, some people do not involve in gossip and waste time.  Such people looks like straight forward. Gossip is like a free entertainment and time pass. Gossip never pay’s. In fact, money will be expended and spent during the gossip time.

Even, on many occasions, I was targeted by my friends during their gossip mela, on many unnecessary and unwanted topics and issues which are irrelevant to them. As an author, I did not understand the benefits of gossip one gain. Once I was told by my friends that certain section of my known friends were gossiping and chit chatting on me on various issues, cutting the jokes with vulgar language. Later I came to know all these things. At that time, my heart broke, I became nervous, I felt bad, I was perturbed and my soul wept. But, I later realized that the people who are entangled in unnecessary gossip are waste people and thought for a while, that those people who gossip do not deserve to be my friends, and from then onwards, I stopped speaking to them and cut the friendship.

As author, I will give you a short summary of the story.

For most of the people, the life is to enjoy all the materialistic pleasures of this world earning lot of money, having beautiful houses, farm houses, having everyday liquor parties, spending money on beloved women. But externally, these people pretend to be as if they are highly devotional and spiritual. In this process they visit Temples regularly, donate huge amounts of money to the Temples & to the deity’s and perform lot of spiritual rites. But looking at their external appearance the society could be thinking that these people were highly spiritual. But in reality, they earn the money in wrong ways, by cheating the public and the Government, robbing the money from the poor and the week people and then send huge amounts to perform various religious functions, pujas etc.

But, they are few people who really think about their life very seriously and are always in search of a person, a spiritual guy who could help them to evolve in their life spiritually and move forward beyond many dimensions. These people who are in the second category of people, ever since their birth would like to know themselves i.e. self realization. But, unfortunately, they are surrounded by thousands of layers like an Onion and at the center of these multiple layers lies the truth, the only truth ie. The higher self. These people try very hard and climb up to higher dimension, but again they fall down because of the maya or illusion or the other forces who constantly try these people pull downwards.

All the so called gurus and sad gurus the titles given by their immature devotees are themselves covered by thousands of layers of ignorance, desires, ego, anger, falls prestige, and lot of other negative energies. If you are lucky and in the company of a real sad guru who can be compared to an Onion, will help you to shed off these layers surrounding the truth in yourself and this truth can be called as higher self or over self, athma or paramathma and there are so many names in the spiritual language. In our crest of finding out the truth, we should be very careful in selecting a proper sad guru. If you are after a materialistic desire, then you can never get any sad guru, like you need promotion for that the guru has to give you a mantra or tantra, you want your son to get first class for using some tantric powers of your guy, and you want a very big house or a farm house fat salary, all the materialistic pleasure you want in this life, then you can get any guru who is in the quantum state. The one who is in the quantum state is very pure, all of his trillions of cells in the body are very pure and their consciousness always merges with the cosmic consciousness. He is one with everyone and everyone is himself. He is above Harishedvargas and his consciousness is full of love for all. He is the one who will be able to guide how to shed off the layers of illusions surrounding the truth and finding yourself in the midst of these layers of ignorance and other negative energies.

In my opinion, I prefer all of us that we should be very careful in choosing the people or gurus or guys or masters. In Tripura rahasya, Lord Dattatreya also advises his disciple Parasuram the way, the guru who could not answer simple question of his disciple is not fit to be a guru.  However, silly questions the disciples have must be answered by the guru patiently in a different ways. There is nothing wrong testing the guru and it is not necessarily that he should have only one guru and could have as many as gurus like Lord Dattatreya having so many gurus who have contributed different kinds of knowledge to him. In the present era, we have to be very scientific and very logical in selecting guru and there is nothing wrong that we could also test the guru whether he is really a sad guru or not.