A Mother with no City 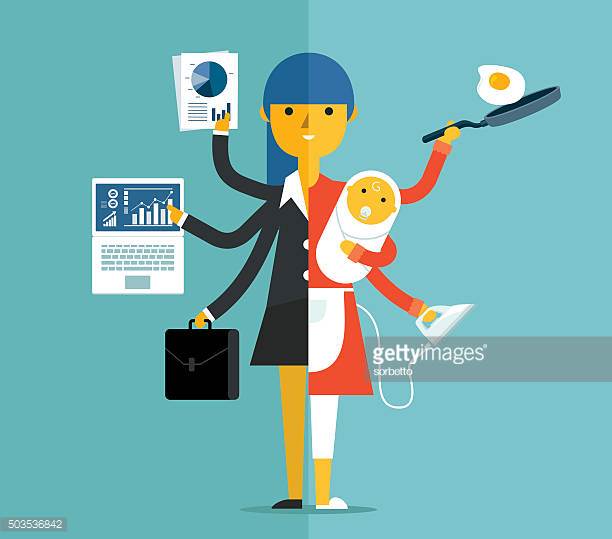 The vague idea of 'completeness' that we all somehow adhere to and our search for our better halves. If not provided with so-called 'better-half'. Our society which includes 'us'( you, me and your thoughts!) We leave no stones unturned to make them realize how incomplete their life is. This is because we cannot imagine 'adulting' without being chained on the name of tradition and it is difficult for 'us' to imagine a life without them. Right? Because how could we possibly live without preaching free advice. Most importantly, how could somebody have the courage to walk out of tradition and be happy at the same time. We are coming for you, we will make our lives Hell and yours too! Because you know we failed! We failed when you decided to live your life in your own way and break free those shackles of patriarchy. It is not always about patriarchy but it is always about your interference in other people lives. Or, how could a woman ever be right? She doesn't have the right to be right! This isn't right! Right?

Living in 2018. The world is one better place. We all are connected- United- adjoined and the female voice is heard. After a long battle, We have just started adjusting and have begun to change. The systematic and yet so biased attempts to follow patriarchy and cover and bind the generation to become targets of enactment of the violence during and mental abuse as well. Nothing is as difficult as living a life where you are alive yet dead.

Women who celebrate single motherhood often encounter on questions of their character( the simplest thing to pull her down effortlessly). The idea that a woman can be a grown up and still not be married startle us. Right? Either they are supposed to be young or old but never themselves. Or, they should simply sink into oblivion because they remained single. We act as paparazzi to their lives.

In the sprawling city of lights. There are voices which are left unheard but not unnoticed. As the twenty-five-year-old finance analyst, Shubhi Mehrotra decided to adopt a daughter, a single mother. She instantly unshackled the chains of patriarchy and systematic gender role oppression. "They question your character. I don't understand why my personal choice affects and concerns them. My deeds are not liable for their dignity or honor. How's that even possible?" Says, Shubhi with a smile.

Aanchal Sood, working with an NGO, which works for women, remarks, "People leave no stones unturned to pull them down. They will blabber about how their decision is a blow to their family prestige."

"Single mothers in the society often describes or are looked upon as describing the gender narrative of violence, displacement, betrayal, honor, struggle, and survival. They seem to be seeking settlement and acceptance in society and aftermath." Says Manshaa Chatterjee, psychologist, adding to the previous comment she said, " The crucial thing to note and to learn in life is that one should be proud as a single mother that they didn't settle for anything less or compromised just because they are women and are bound to be tangled in the society's set cultures. They never lived with a false sense of security, under the given and set moral codes and faking love. They have to accept themselves and be proud of it. Society at first will blow them hard but at later stages, they will fall meekly if they could see her standing tall and strong. It all starts with you."

Earlier, official paperwork such as passport making an inquiry, school documents required and relied on the father's identity." It was a mere obligation or rather, it was difficult to believe the fact that a mother can be single too and be there for their children. It is easier to picture them as having a tough life. They will sympathize or pity them and preach free advice. Afterall, it is easier to shame a woman than a man. That's what the society has been inclined and formed its social structure on such vague and in absurd ways", says Deepak Shah, a student of class 12. He further adds, " What looks like a misery to the outside world has become a normal part of our lives. So we actually know how to not care and be happy in our lives".

If a married couple splits up, the woman in the background has to struggle to receive her fair share of the couple's property. It usually strangled up with the slow-paced justice system. Often, women in villages or who deny the fact of being independent are keen to unite despite regular doses of domestic violence as it is hard to be a divorcee and single in India.

" I am single by choice. Sometimes people think I am a homosexual. But I am not. They find it quite amusing and feel dejected at the same time.  I can answer few of them but mostly I choose to ignore as the conversations turn out to be rather an interrogation. Lastly, being a woman means living with the blame. Right? That's what I have inferred in all these years". Says, Kavita Rai, the founding member of a publication house.

Life of a single mother in India is no cake walk. India is a land of paradoxes. On one hand, they worship goddesses and on the other, a male child is clamored because he is bound to take the lineage of the family forward. Lives of a widowed mother in India is difficult too, " When you are old and single. You are no longer productive or useful to them. Nobody has surplus money to fill an extra mouth. When they were a kid, I used to toil so hard. I worked 14 hours a day, house-chores, washing clothes and utensils as I was the only bread-whiner in the family. I never cared about the people, I was always concerned about their study. I thought, our condition will improve once they start earning. 'WE' surely improved, only to realize that I was not included in their family anymore. " Says, Champa Devi with tears welling up in her eyes and throat jammed with words unuttered. She is currently living and working with a non- governmental organization.

Who are we to measure their worth? Why do we think we are entitled to question their decision and give them free advice just because they chose to be 'single'? Is minding our own business that difficult? Can we not choose to spread love and if not, we could at least choose to not spread our hate, rage, filthy mind, long dejected ideas? Is it that difficult?

To all the ladies, You need not prove your worth or, prove to them that you are better than other parents? YOU NEED NOT. Social stigma hangs heavy on everybody but that does not mean you are different than what traditions made you look like. No government, society, community or leader could change the world. If we do not believe in changing ourselves and orthodoxical mindset. Nobody could change us.It all starts and ends with us.