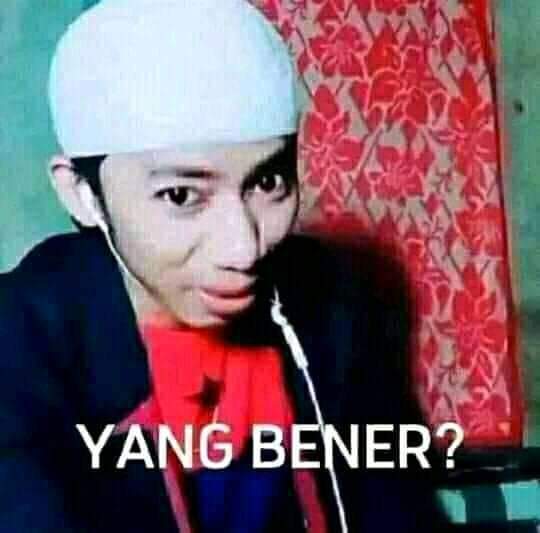 What a weekend! Liverpool's 1-1 draw with Tottenham Hotspur has handed Manchester City a huge advantage in the race for the Premier League title, while the battle for silverware in Italy will go down to the wire.

Elsewhere, Chelsea won the Women's Super League thanks to a ridiculous goal from Sam Kerr, while FC Porto clinched the Portuguese title with another dramatic strike. Oh and Manchester United slumped to yet another humiliating loss, but that's become par for the course for the Red Devils. Here are Mark Ogden, Alex Kirkland, Sam Marsden, Julien Laurens and James Tyler with what you need to know from around Europe.

Erik ten Hag might just be taking over at Manchester United at the best possible time, with Saturday's 4-0 humiliation at Brighton adding another chapter to the club's miserable season. Thanks to the failings of previous manager Ole Gunnar Solskjaer and interim boss Ralf Rangnick, things can surely only get better from this point on.

This is now statistically United's worst season in Premier League history, but the loss at Brighton took the negative records beyond the Premier League era. United have recorded their lowest points tally since the Premier League began in 1992-93 - and lowest since 1991 -- they have their worst defensive record over the same period and, by losing at the Amex Stadium, they also suffered a fifth successive away defeat for the first time since 1981.

United will go into the final game of the season at Crystal Palace on May 22 with a goal difference of just plus one. To put that into context, Liverpool are on plus 64.

And let's not forget that United lost 5-0 and 4-0 to Liverpool this season, lost home and away to Manchester City and were eliminated from the Carabao Cup, FA Cup and Champions League with defeats at Old Trafford.

So if Ten Hag, who will leave Ajax Amsterdam to take charge at United, has anything to thank Rangnick for, it will be the German's unenviable achievement of taking the club to depths they haven't previously endured in the Premier League.

At some point, United will hit rock bottom and begin to climb again. Brighton may prove to be the lowest of the low and, for Ten Hag, that's not a bad place to start from. -- Ogden

Sunday's Madrid derby wasn't the title decider it could have been -- Real Madrid winning LaLiga a week earlier made sure of that -- but there was still plenty at stake for Atletico Madrid. Last year's champions had a point to prove and a top four finish to secure. The imbalance was evident in the team selections, with Thibaut Courtois, Karim Benzema, Vinicius Junior and Luka Modric -- a.k.a. Real Madrid's four best players this year -- all left out of the starting XI.

- All aboard! Atletico, Real Madrid stars travel to derby on public buses

Atletico's need for three points was reflected in their approach, playing with a desperate urgency that Real Madrid couldn't muster, even if their final ball often lacked finesse. Yannick Carrasco's penalty was the only time they were able to find the net, with Matheus Cunha, Antoine Griezmann and Carrasco himself all missing presentable chances. A 1-0 win was enough, and leaves Atletico six points ahead of fifth-placed Real Betis with three games left and looking likely to play Champions League football next year for the 10th consecutive season. -- Kirkland

Champions never quit, so the cliche goes, and both sides of Milan proved their "bouncebackability" this weekend to keep the Scudetto finely poised with just two rounds to play.

You'd have forgiven AC Milan for being anxious heading into Sunday's trip to midtable Hellas Verona, who have little to play for but every reason to play spoiler. After all, Internazionale had rallied from 2-0 down at minnows Empoli to win 4-2 on Friday night, with Lautaro Martinez scoring twice and the veteran duo of Alexis Sanchez and Edin Dzeko sealing it late on, connecting for a nifty goal.

Having time to sit with that stress, Milan came out strong but conceded first as Davide Faraoni popped up with an unmarked far post header for Verona. But Rafael Leao and Sandro Tonali are too young to care about the pressure of delivering the league title: the winger set up Tonali for a pair of goals either side of half-time before Alessandro Florenzi marauded down the wing and thundered the precious third goal beyond a sprawling Lorenzo Montipo for the win.

The scenario is simple: If Milan get better results against Atalanta and Sassuolo than Inter manage against Cagliari and Sampdoria, a first Scudetto in over a decade is theirs. Would you dare bet against destiny? -- Tyler

Porto were crowned champions of Portugal for the 30th time in the club's history after a dramatic stoppage-time winner from Zaidu Sanusi against Benfica on Saturday. Nigerian left-back Sanusi raced the length of the pitch to convert a Pepe cross in the 94th minute and set off wild celebrations among the players at the Estadio da Luz in Lisbon and among supporters back in Porto. With just one game to play, Porto now have a six point lead over Sporting CP, who won the league last year, while Benfica find themselves a disappointing 17 points back from the leaders in third place.

Porto are still short of the 37 league titles won by Benfica -- Sporting have won 19 -- but the balance of power in the country has swung since the appointment of Sergio Conceicao as coach in 2017. Under Conceicao, Porto have now won three of the last five leagues, with Benfica and Sporting winning one each in that period. The campaign could yet end with a domestic double, too. Porto meet Tondela in the Taca de Portugal final on May 22 having knocked out Sporting and Benfica in earlier rounds. -- Marsden

It's extremely unlikely that the super stylish side from Venice avoid relegation to Serie B, but Sunday's 4-3 home win over Bologna at least keeps hope alive, and they have Dennis Johnsen to thank.

Deep in injury time of a barnburner -- Venezia went from 2-0 up inside 20 minutes to 3-2 down with 20 minutes to play, and 3-3 in the 78th -- Johnsen had a sliver of space inside the box to turn and whack a shot beyond Lukasz Skorupski and clinch the win for the Serie A minnows. Not a bad time to score his first goal for the club, and while it may not save them from relegation, it's still a neat souvenir. -- Tyler

Picture the scene: It's halfway through the second half of Chelsea vs. Manchester United in Staines. The Blues started the day as leaders of the WSL but went 2-1 down with Arsenal overtaking them at the top of the table with their draw at West Ham at the break. Chelsea needed something special and no one else more than Kerr could have provided it. By then, Emma Hayes' team was 3-2 up. Yet, with Arsenal winning, they needed another goal to make sure the title would be theirs. As Mary Earps, the United keeper, cleared the ball, it came back, via Guro Reiten's looping header, to Kerr with her back to goal, 25 yards out. The Australia international then produced a moment of genius: chest control in the air, turn, volley, goal! Chelsea win 4-2 and secure another title, thanks to their superstar. -- Laurens