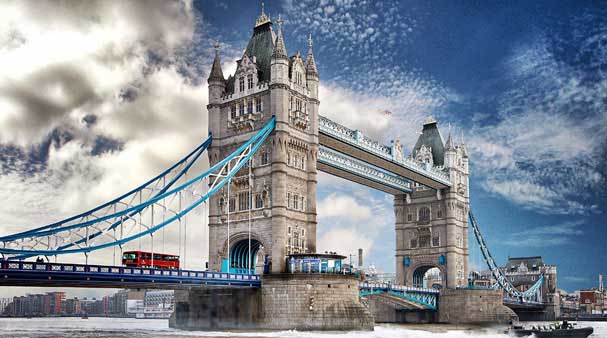 English literature has sometimes been stigmatized as insular. It can be argued that no single English novel attains the universality of the Russian writer Leo Tolstoy’s War and Peace or the French writer Gustave Flaubert’s Madame Bovary. Yet in the Middle Ages the Old English literature of the subjugated Saxons was leavened by the Latin and Anglo-Norman writings, eminently foreign in origin, in which the churchmen and the Norman conquerors expressed themselves. From this combination emerged a flexible and subtle linguistic instrument exploited by Geoffrey Chaucer and brought to supreme application by William Shakespeare. During the Renaissance the renewed interest in Classical learning and values had an important effect on English literature, as on all the arts; and ideas of Augustan literary propriety in the 18th century and reverence in the 19th century for a less specific, though still selectively viewed, Classical antiquity continued to shape the literature. All three of these impulses derived from a foreign source, namely the Mediterranean basin. The Decadents of the late 19th century and the Modernists of the early 20th looked to continental European individuals and movements for inspiration. Nor was attraction toward European intellectualism dead in the late 20th century, for by the mid-1980s the approach known as structuralism, a phenomenon predominantly French and German in origin, infused the very study of English literature itself in a host of published critical studies and university departments. Additional influence was exercised by deconstructionist analysis, based largely on the work of French philosopher Jacques Derrida.

Further, Britain’s past imperial activities around the globe continued to inspire literature—in some cases wistful, in other cases hostile. Finally, English literature has enjoyed a certain diffusion abroad, not only in predominantly English-speaking countries but also in all those others where English is the first choice of study as a second language.

English literature is therefore not so much insular as detached from the continental European tradition across the Channel. It is strong in all the conventional categories of the bookseller’s list: in Shakespeare it has a dramatist of world renown; in poetry, a genre notoriously resistant to adequate translation and therefore difficult to compare with the poetry of other literatures, it is so peculiarly rich as to merit inclusion in the front rank; English literature’s humour has been found as hard to convey to foreigners as poetry, if not more so—a fact at any rate permitting bestowal of the label “idiosyncratic”; English literature’s remarkable body of travel writings constitutes another counterthrust to the charge of insularity; in autobiography, biography, and historical writing, English literature compares with the best of any culture; and children’s literature, fantasy, essays, and journals, which tend to be considered minor genres, are all fields of exceptional achievement as regards English literature. Even in philosophical writings, popularly thought of as hard to combine with literary value, thinkers such as Thomas Hobbes, John Locke, David Hume, John Stuart Mill, and Bertrand Russell stand comparison for lucidity and grace with the best of the French philosophers and the masters of Classical antiquity.