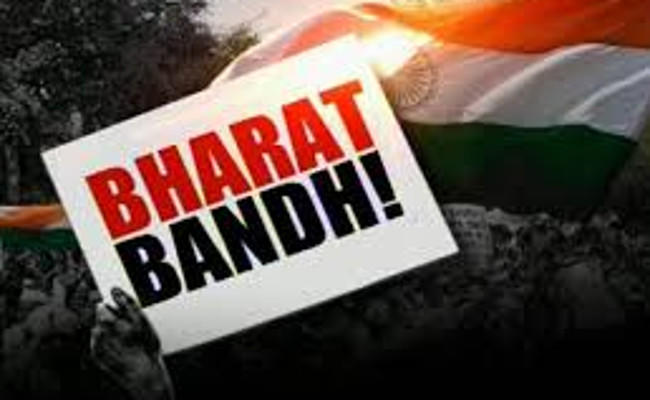 'Not a rally, we want a surge of people,' says the latest viral WhatsApp message, urging people to 'please share it further'.

The Scheduled Castes and Scheduled Tribes Prevention of Atrocities Act, 1989 allowed the arrest of public servants without conducting any preliminary inquiry. The Supreme Court in a slew of guidelines also directed that a government official or an individual cannot be prosecuted on a mere allegation of committing an offence under the Act, without the sanction of the appointing authority. The court ruled that preliminary enquiry in a case under the Act would be done by deputy superintendent of police to ensure the allegations are not frivolous, and to avoid the false implication of an innocent.

On 2nd April, various Dalit groups organised a coordinated all-India strike against the Supreme Court’s judgement barring the arrest of public servants before a preliminary inquiry is conducted to reduce the alleged misuse of the law. The protests soon descended into acts of violence at many places. It has also been seen as a protest to provoke an equally violent reaction from the upper caste groups. Madhya Pradesh, Rajasthan and Uttar Pradesh saw deaths while Punjab requested the Union Home Ministry for paramilitary forces to control the situation.

The feat achieved by the protesters is quite astonishing. Since there was no central leadership and being locally knit-up with the aid of social media via WhatsApp messages. This has been an example of how social media holds so much power and can also affect politics around the nation. The marches and demonstrations though being local turned out to be coordinated in the grand scheme of things.

The method used to form the protest was revealed by OP Bharti who is an advocate at the Tis Hazari court in Delhi. He shared that there are WhatsApp groups formed on the basis of the Ambedkarite policy all over the country. The idea of Bharat Bandh first originated when a a local Dalit leader in Punjab’s Phagwara town called for it.

“I made groups for each court in Delhi as well as national groups to get people for the protests,” he explained.

It was also confirmed that there had to be some political backing for it to be so organised nationally. But the leadership of the Bharat Bandh protest were a local host of Dalit groups. Till March 27 the protests were limited to Phagwara. However, the idea for the protest spread like wild fire across the nation. In a WhatsApp group run by administrators based in western Uttar Pradesh, a user “Vinu” exhorted people to shut down India on April 2:

“You people keep on using WhatsApp for wishing people while there the SC/ST act has been rendered ineffective.”

Another example of such a message is:

In Rajasthan the directives passed to the Dalits were precise. Each one was asked to change their WhatsApp display picture to that of a bandh poster to pass the word to everyone unaware of the protest. With a message giving further instructions on what to do in case “BJP and RSS people infiltrate the rally and start to shout ‘Pakistan Zindabad’ slogans”, referring to the February 2016 incident of pro-Pakistan slogans being allegedly shouted at the Jawaharlal Nehru University in Delhi. What were the protestors to do if this happened? “Beat them up and shoot the whole thing on video,” they were told.

The organizers were successful to get the large numbers for the protest but were not able to contain the crowd. This ensued into the caste clashes and lead to the burning down of two Dalit leaders’ houses of which one included the sitting legislator. The entire protest was recorded with pictures and videos circulating the web to drive more people to join the march.

The police have informed that the protests in Bhind and Morena districts was 'sponsored'.

BSP district chief of Muzaffarnagar- Kamal Gautam was arrested and the Uttar Pradesh police registered more than a dozen cases against him. Few of them being namely violation of Section 144 of the Code of Criminal Procedure. He has been accused of allegedly inciting the protests to turn violent in the district of Muzaffarnagar.

Senior Superintendent of Police Anant Dev said, "As per proof, he provided liquor to party workers and thousands of them, in an inebriated condition, were incited to forcefully shut shops, create a ruckus."

The repercussions of this violence were the death of two people in Uttar Pradesh on April 2.

Gajraj Jatav, a BJP leader from Bhopal, who had Rs 10,000 reward on his head, was arrested on Saturday from Hanumanganj area of Bhopal after he spread violence during the strike. The reward was announced after it was discovered that he was involved in the violent protests in Bhind district. Which had led to the death of eight people in Madhya Pradesh.

In accordance to this Madhya Pradesh IG (Law and Order) Makrand Deuskar said:

"Several organisations and people had been given money to incite violence. Police is investigating this."

It is also important to view this nation-wide protest through the perspective of the police. The violent outbreak in the Chambal-Gwalior region of the State  of Madhya Pradesh has left 54 policemen injured.

The Director General of Police (DGP) Rishi Kumar Shukla tried to regain the support and faith of the people and said the police was prepared to deal with any situation.

“We are appealing to citizens to maintain peace and harmony in the State. But we are equally prepared to deal with any untoward situation. There may be differences among members of different communities, but they should not resort to violence. Peace and harmony is necessary for the state to prosper,” Mr. Shukla told reporters responding to a media query on shutdown calls being circulated on social media by groups opposed to reservations.

The violence on April 2 shows the failure on the part of the police’s intelligence gathering mechanism. Today social media has not just become a tool to reach masses but also an effective weapon to promote your vendetta. Since it is easier to reach out through the virtual web compared to any other form of communication. We can agree that social media truly is a necessary evil in today’s society. It has proved to be effective for leaders like Narendra Modi to promote their campaigns but has also incited smaller groups like the Ambedkarites to grow and spread nothing but violence across the nation. If there is a clash of opinions then there is always a peaceful way to put forward your views. Outrage against the decision of the trusted judges of the Supreme Court of India, being highest judicial office of the nation, should not be tolerated at any cost.

Also, the police have to get smarter and prevent such circumstances in the future. With another call spreading on social media and WhatsApp groups for a ‘Bharat Bandh’ on April 10, reportedly by people opposed to caste-based reservations in jobs and education. The police have to be on their best to avert another Bharat Bandh from taking place.