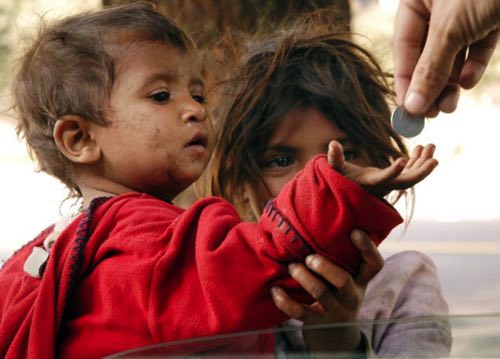 India, growing at a rate of 6.7% in the last year, after taking into consideration the effects of demonetization and GST, has the largest number of people living in poverty, as quoted by the World Bank in its annual report. Hence, we can say GDP figures are not the sole indicator of a country’s economic development. Poverty plays a major role.

India, the 7th largest and 2nd most populous country, has 30% people living below poverty line in an estimated 1.35 billion population. What needs to be said, checked and compared is the growing number of below poverty line (BPL) people along with the GDP growth.

‘Today, there’s much fruit in a rich man’s shampoo than in the poor man’s plate.’ The lacuna between the rich and the poor is an all-time high. A meager amount of 32 per day for the rural and 47 per day for the urban is justified? Is it fine to leave the backward sections of the society to remain backward? It is ok to be biased against the minorities, like Dalits, who are not even considered at par with humans? No, that’s a huge shame on humanity. The holistic development of a country is based on taking the minority sections into consideration, which can help boost India into one of the fastest growing economies.

A few Government schemes have helped to mitigate poverty to some levels and their contribution to the national cause cannot be underestimated.

These schemes and many more are steps are being taken the right direction to bring about a new social change, which will take some time to see to the upliftment of the poverty-stricken people and give them a new chance at life.