Let's call out for a nation where "SheDecides" 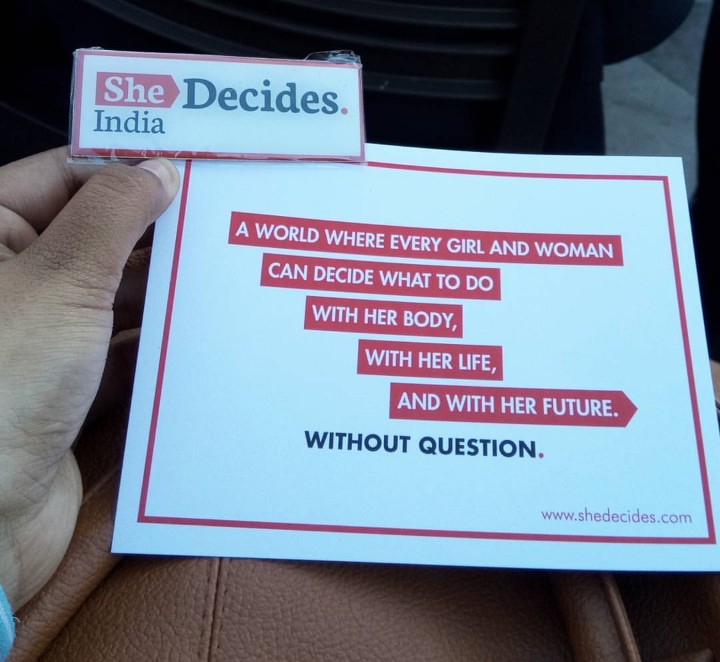 Whose Body, Whose Choice?

Our perception of our bodies are regulated by the society. More often than not we feel conscious about our bodies and often hesitant to decide anything that is of our choice or in our favor. But till how long shall we obey society's patriarchal dictations and its orthodox laws?

The 46-year old abortion law in India is one such model of fallacy that's failing its women on so many fronts. It is among the most liberal law in the world, but that's absolutely a cold comfort to women facing life-or-death situations.

The daunting case of a 10-year-old little girl, 32 weeks pregnant with her rapist's child, denied of abortion by Supreme Court or the disheartening story of a 14-year-old girl who made headlines when news broke that extreme poverty forced her to marry the man who admitted to raping her just so she could feed the child born out of her abuse or a girl in Haryana who had to risk her life by pulling out the foetus by herself because she could not come out to her family of being raped by her close relatives.

These cases have one thing in common, it shed light on the broken legal system of our country and the notion of victim-blaming of a rape survivor in the society. It raises important concerns for the legally permissible limit of 20 weeks for abortion under the Medical Termination of Pregnancy (MTP) Act, 1971, and the urgent needs for amendments to it.

Be it Pre-marital sex and failed contraception or marital rape and conceiving without the consent or a rape being the reason for a girl's pregnancy, women are the ones who suffers the most. Abortion is a choice and it is on 'she' the woman who is expecting.

But the choice remains a white lie full of stigmas around abortion in our society. The very existence of this stereotype is a result of taboos around sex in India and a result of sex selection because of the deep rooted discrimination between a boy and girl.

Trust me when I say this no one is going to come and serve it on a silver platter.

A world where every girl and woman can decide what to do with her body, with her life, with her future without question if that is a world we seek to live in. Then we need to break these taboos surrounding body images and reclaim our bodies.

Change will happen when it's a part of a conversation so talk about it, let's not hope for someone to be the knight in the shining armour, Ladies be that for yourself. We aren't waiting for anybody's permission to get started. Do better by us.

Let's us all rejoice the freedom of choice and educate and empower. The nation will automatically be a safer and equal place.

This 28th September, the International Safe abortion Day, Let her "Decide" she deserves it.