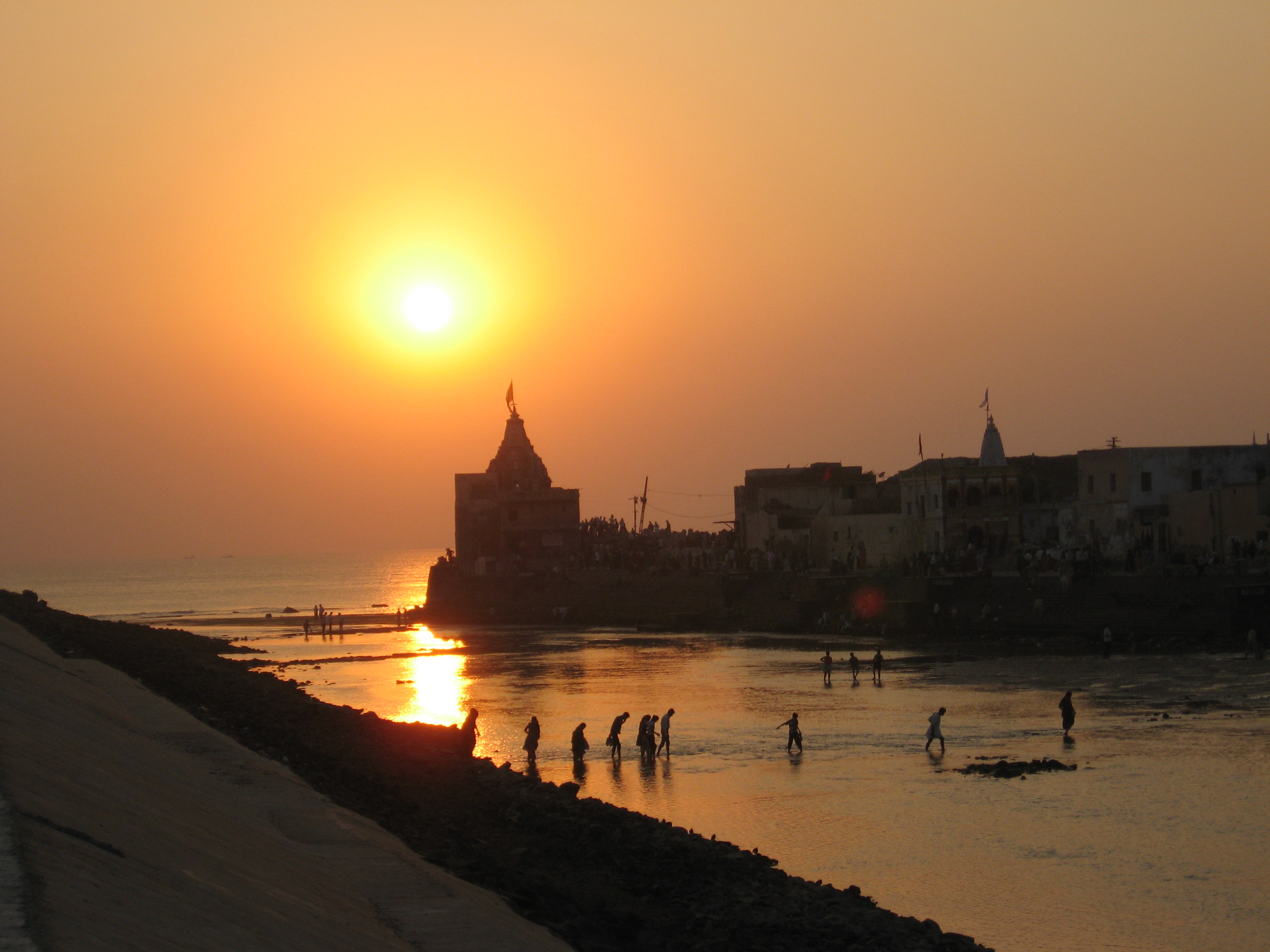 The Mysterious city of Dwarka

In former times, an esoteric kingdom lay in the middle of the sea. It covered 900 gold palaces. This beautiful site attracted many poets and scholars. Dwarka was called so because it had many 'Dwaras' or 'Gateways' that was linked to the mainstream land via bridges. According to old Sanskrit literature, Lord Krishna established the holy city of Dwarka, which afterward got immersed under the sea.

A huge number of stone structures were found on exploring the marine archaeology of Dwarka, some of which are semicircular, rectangular and square in shape. They are unsystematically distributed over a large area. Apart from these structures, a great number of varieties of stone anchors have been observed.

These revelations imply that Dwarka was one of the most eventful port centers in the earlier period on the west coast of India. The proportional study of the neighboring locations demonstrates that the time of the structures of Dwarka may be sandwiched between Historical period and late medieval period.

Conventional scientists keep up that ancient Indian civilization looks back some 4-5 thousand years. Yet the wrecks below the Gulf of Cambay were no less than 9 thousand years ago, it was the time when the region plunged under water. This implies that the city must have been there before the flooding.

The investigations carried out in the Gulf of Cambay waters disclosed sandstone walls, a network of streets and some confirmation of a seaport 70 feet under water. The trashes have been declared the residue of the renowned lost city of Dwarka which, according to ancient Hindu manuscripts, was the dwelling place of the divine being, Krishna.

The tale of Krishna as told in the holy writings Srimad Bhagavatam portrays the circumstances that led to the creation of Dwarka. Previously, when Krishna was ruling the city of Mathura, the sovereignty was constantly bothered by Jarasandha, the dictator King of Magadha something like 17 times. The Monarch lost to Krishna in all 17 clashes, and he attacked Mathura the 18th time. At this point, Krishna made up his mind to construct a different city on an island in the Western coast of India, to protect his inhabitants, his Yadava family from the problem of frequent wars.

The city was constructed by the heavenly builder, Vishwakarma himself. The city soon grew in reputation and became the unconquerable axle of Lord Krishna’s operation, accommodating thousands, in around 900 palaces. The city was well equipped and could be reached only by ship. Dwarka soon became a discussion point everywhere and ruled awe and surprise all over the world.

According to early Hindu manuscripts, Dwarka was attacked with a flying machine Vimana. It is the explanation of the encounter that illustrates the concentration of the very old aliens' philosophers, as it seems to propose it was fought with complicated technology and superior weapons, potentially even with a craft attacking from the orbit. The spacecraft instigated an attack on the city with the use of energy weapons, which to the observers looked like a release of a lightning, and it was so shocking that after the attack most of the city lay in remains.

Lord Krishna retaliated and fired his weapons on the ship. They appeared like arrows yet they growled like thunder and illuminated like beams of the Sun when liberated.

Until now the very continuation of the city of Dwarka was a substance of legends. Now, that the ruins have been found out under water, and with many signs seeming to recommend that this, certainly, is the legendary Dwarka, the dwelling place of Lord Krishna, could it be that Lord Krishna and his airborne encounter with king Salva were more than just a fable?

The suggestions of acknowledging the archeologists’ finds as an evidence that the deep-set city is without a doubt the legendary Dwarka would be very major for the comprehending of what the Mahabharata is. It would no longer be simply a book of fables and legends, but in fact, at least to some degree, an authentic version of past happenings.