Finance for kids : Why is US dollar more powerful than Indian Rupees 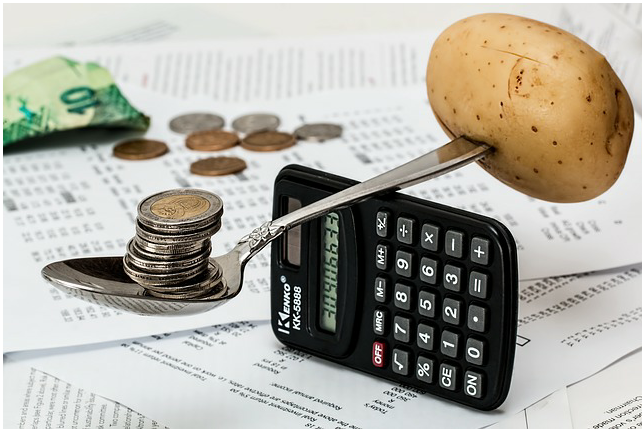 Adult (A) : Say there are two kids in the world. You and your friend. Noone else exists.

A: You produce apples and your friend produces oranges. Since you love oranges and your friend love apples, you make a deal that every month your friend will give you 100 oranges in return for 100 apples. This is called barter system - you give me some goods or services and your friend pays you back in terms of goods and services. This practices remained for some time until there was some natural calamity in your area and you failed to produce sufficient apples for a month. But you wanted oranges. You went to your friend's place and asked for oranges.

K: But why would he give me anything, when he knew that I couldn't keep my promises.

A: Correct. So he made a deal. He gave you some paper, which had some agreement that you would pay him back oranges that he was lending to you. The agreement was made with the assumption that, you were an honest guy and you would keep your promises and when you had apples, you would return him back. Exchange of goods in this format gave birth to a new concept called "Money". In economic terms, it is called 'Fiat economy' - where goods are exchanged for something which cannot have a direct utility. Money has utility only when it is exchanged.

Until now you had the need for oranges only. But say, you desired for pineapple, strawberries etc. and there are few more players in the market who are exchanging those fruits by issuing different paper notes. This kind of practice gives rise to the 'global currencies' where the value of each currency is different from rest of the world.

C: But won't the value of each currency be same in a fair world?

A: Yes, in an ideal world, the value of each currency or fiat money should be same. But here comes the complex scenario which is driven by power and greed. Every player in the market wants to get more by paying less. So your apple might not be as appealing to someone as it appeals to other and you end up paying more apples for same goods and services you get from others.

C: Why would I pay more when I can get it at a fair price from someone else?

A: The fair price is driven by market perception about certain goods and services. Since more players are in the market, more perception prevails. Good, bad and ugly are differentiated by perceptions only.

A: Good question. The dominant and powerful player in the market controls the perception. By influencing others he will make others realize that his goods or services are better than others and hence demand more value in return.

C: But tell me how USD influenced the market to be the dominant player and hence more powerful in the currency market.

A: Before world war I, every country was trying to influence other countries to become the dominant player in the market. During that time, Theodore Roosevelt influenced the neighboring countries to follow USD as foreign exchange currency rather than gold, which was used until that period of time. Some notable examples can be read in the history of  Cuba, Venezuela, Santo Domingo and panama. America had been engaged in producing arms by that time and was supplying to foreign countries including united kingdom.

During world war 1, America gave some good number of arms to United Kingdom, who was under financial crisis and was dependent upon its' ruling countries like India and some south-east Asian countries to generate sufficient money to afford luxury the Britishers were accustomed to. During the financial crisis of world war I, United Kingdom took arms from US trough a negotiation or deal known as Liberty Bond, which amounted to over $20 billon, which would be much more than what is America's current national economy at the moment.

C: You mean UK was knowing they cannot pay back the loan, but they were still keen on taking the arms from US to fight against other countries and in that case Americans were keen on giving some loans which they were confident that it could not be repaid.

A: Power to control others and the greed to have more are biggest vices of the human being. The then political strategists of America were thinking much beyond their time - at least 50 years ahead of time. UK sooner became an ally in America's endeavor to have USD as global currency post world war II. But acceptance by few countries does not make a currency truly global.

C: What happened next?

A: After world war II, America was perceived as the super power of the world. Thanks to some scientist who could not visualize the impact of atom bomb before inventing them. Every country was agreeing to a global bank known as World Bank and fund of funds known as International monetary fund. The duty of both entities were to ensure fair market practices in the globe. However influence of US continued and they changed the exchange methods from gold transactions to US dollar. There were a lot of factors which were either manipulated or done strategically to get it done.

C: I understand dollar became global currency, but why it became more powerful than Indian rupees.

A: Once you have the control of global currency, you can manipulate that in your favor. I will go back to that apple and orange examples. Now that your apple is purchased by US, who has certain criteria of selection of apples to know the fair price of apples. After careful observations, it is declared that your 100 apples are actually 50 apples worth as per US standard. You have two choices - either you don't sell apple or sell in the different market. Say in such scenarios, you don't have the sufficiently big market to sell your apples and you know that if you fail to sell in US, you might lose more money. You don't bargain much and accept the negotiations done by them. When everyone started accepting the terms defined by them, the power of dollar became more.

I hope that answers your question.

C: Can it never be reversed. I mean INR becomes more powerful than USD?

A: Yes, logically possible, for that India as a country has to think ahead of time and the strategist and policymaker make the country self-dependent and more job opportunity is created internally rather than dependent upon foreign resources. Many of the natural resources are under-utilized in India so as the human capital. If that is oriented in right manner, then time is not far we see the reverse action. India needs to be technologically sound and the education system should teach how to be innovative and creative rather than just compete to score marks. I strongly believe, your generations can do.

C: Yes, we will. Thank you for the answer.