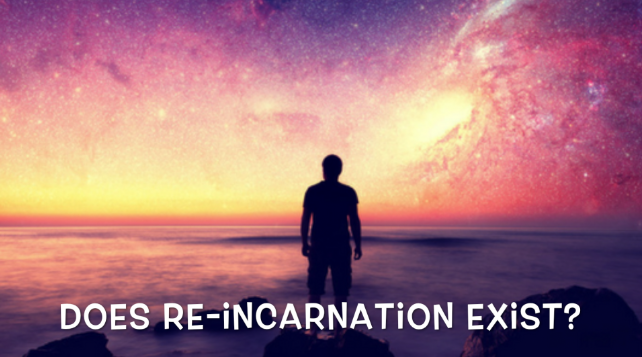 A fascinating story of old lang syne to recall

Shanti Devi was born in Delhi in the 1930s. She did not speak much until she was four year. Eventually, she started talking, she frightened her entire family. "This is not my real home! I have a husband and a son in Mathura! I must return to them!"

Since this was India, so rather than taking their daughter to a psychotherapist for a dosage of Ritalin, her parents told her, "That was then. This is now. Forget your past life. You're with us this time."

But Shanti Devi was not ready to back down. She would speak about her preceding family to anyone and everyone who was ready to lend their ears. At school, one of her lecturers wrote a letter to the dwelling Shanti Devi claimed to be her "real home" in Mathura, questioning about a woman there, who passed away a few years ago.

To his bewilderment, he shortly received a reciprocation from Shanti Devi's former husband,  Kedar Nath, approving that his newly married wife Lugdi Devi had died some years ago, just sometime after giving birth to their son. When Kedar Nath paid a visit to Shanti Devi and her parents in Delhi under an alias name, she instantly recognized him as the spouse of her earlier life.

This ultimately made her stopover to Mathura, where she illustrated knowledge of the fundamental details of her identity as Lugdi Devi, taking people to her ancient home, precisely unfolding what the neighborhood appeared like in past years, and even recognizing her sister and her son from her previous life. The facts Shanti Devi had described her old home and people in her previous family were all verified.

The scrutiny which took over India’s mind

The Revelation of this spread throughout India and at the end of the day led Mahatma Gandhi’s attend to Shanti Devi, and his arrangement of a commission to cautiously explore the proceedings. The Committee of Inquiry’s wrapping up: this is an authentic case of rebirth.

In her statements with Lonnerstrand, Shanti Devi openly shared the happenings that allowed us to comprehend the exclusivity of her state. Many of us have inklings about our prior lives, a baffling acquaintance with a new region or being, or even more vibrant memories in visions or thoughts. By their environment, these are fleeting occurrences, from which we stand spaced out.

For Shanti Devi, it was quite unusual and very flamboyant, for she actually preserved her individuality as Lugdi Devi through her demise and further into her new beginning as Shanti Devi. "My earlier life was still with me and had never really come to an end. It was my Real life, the other was like a dream."

As an outcome, she practiced herself as a mature woman growing up in a kid's body with a name, parents, and a place that was not her own, all the while accommodating flashbacks of her adult life that became more and more specific as she grew older- quite miserable and perplexing, to say the least!

The award-winning Swedish journalist Sture Lonnerstrand spent quite a few weeks with Shanti Devi afterward in her life, tracing her story and validating facts and news about the prominent government investigation.

The secret of Shanti Devi’s experience

How could this come to pass? This gets interesting. As far as we know, Lonnerstrand is the only person with whom Shanti Devi unblocked her secret of this connection of identity. As Lugdi Devi she was a big follower of Lord Krishna, and his godly Name was ever on her mouth and in her brain, so much so that it became one with her inhalation and mind all over the day and night. She clarified that as she went into the darkness of death she prolonged the reiteration of the Divine Name and it became the hub of her familiarity in the next world.

“I had almost reached a state of eternal bliss and salvation…but I made a mistake. I was far too eager to come back to earth again, longing to see my son and yearning for my husband Kedar Nath.”

“My love was egotistical, greedy and demanding. I still loved myself even when I was dead. Therefore I had to experience death’s next stage, reincarnation.”