Who was India’s First Test Captain? 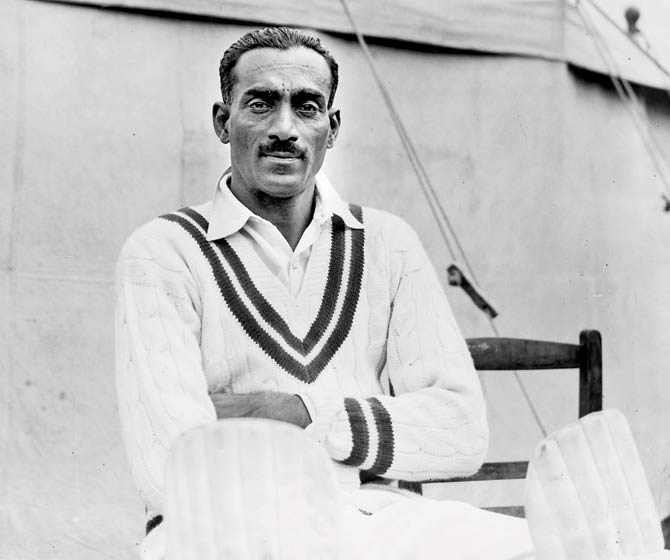 Who was India’s First Test Captain? This is a common trivia question in this cricket-crazy nation of ours. The answer is a man called Col. CK Nayudu. Unfortunately, this is all what most people know about the great man. It is indeed sad that even the staunchest Indian cricket supporter may not know much about him or the fact that he wasn’t the first choice captain in India’s 1932 tour to England. Had it not been for the self-realisation on part of Maharaja of Porbandar, Col. CKNayudu could have probably never led India.

His photo does hang in some of the old clubs of Mumbai like the Bombay Gymkhana, the CricketClub of India (CCI) and probably some of the stadiums in the country. But does today’s cricket fan knows about CK’s (as he was called) heroics? Do they know that it was his innings of 153 runs for the Hindus against the visiting Marylebone Cricket Club (MCC) at the Bombay Gymkhana in 1926which played a crucial role in India’s elevation to test status?

Well, ‘A Colonel Destined to Lead’ is an attempt to provide answers to these questions and many more. The book begins with the innings that put India on the world cricket map and slowly moves to the story of Bombay cricket. CK’s prime playing days were spent hitting sixes in the maidens of Bombay. He was an aggressive batsman and the book provides several instances of the same. There is an interesting story about how one of his sixes had crossed over to another county in England.

While it comes out clearly that CK was the biggest crowd puller in the Bombay tournament in the 1920s; but destiny had charted out another city for him to provide his cricketing wisdom. Maharaja Tukojirao Holkar III spotted the talent in CK and offered him to come to Indore. And the rest, as they say, is history. Details of CK’s strong association with the Holkar dynasty and how he built the Holkar team has been mentioned in a vivid manner in the book.

A look at the Ranji Trophy records will tell the cricket lover of today that the Holkar’s won the trophy four times under the leadership of CK. But additionally, what the book tells is how CKnurtured this team and also about some of his weird techniques. Apparently, CK did not allow theHolkar players to have water on the field as he felt it wasn’t good for their fitness. And such was his command over the team that no one could dare to break this rule.

CK’s captaincy is a lesson in itself not only for cricketers but in general for leaders of today. In an era when the Maharajas ruled Indian cricket, the manner in which CK got people behind him has been captured nicely in the book.

The book reveals that CK’s first-class career lasted for a mind-boggling 47 years. So, there shouldn't have ever been a question on his own fitness. CK was a fitness freak and he expected the same level of dedication in warm-up exercises from his players. Throughout the book, a lot of emphasis has been given to the fact that CK was an upright man and as a result, he did make many enemies.

This could probably also have been the reason of the famous tussle between CK when he was the selector and the great Vinoo Mankad. The books gets into the minute details of what transpired the first documented feud between a player and an administrator in the history of Indian cricket.

Along with the cricketing tales, the family life of CK has also been covered in the book. In spite of his commitments with cricket, CK did try to spend as much time as possible with his family. His children consider the times spent with him to be the best of their life.

As it comes out from the book, the only vice that CK possessed was that he used to smoke.Panama brand of cigarette was his favourite. Many people consider this habit as one of the reasons for his death at the age of 72 years.

In the end, the book gets into an imagination mode and fantasies what could have happened ifT20 cricket was played during CK’s time. Most of the people who had watched CK bat vouch for CK’s success in the shortest format of the game.

‘A Colonel Destined to Lead’ is an education for the Indian cricket lovers wanting to know about the origins of Indian cricket and it’s first superstar. It is an endeavour to spread the exceptional phenomenon named Col. CK Nayudu.