Netflix Will Release 10 Movies In Theaters Before Their Streaming Premiere 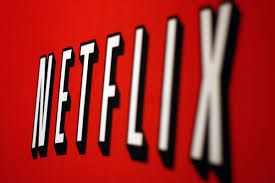 The streaming giant is trying to expand its stems in the movie industry as well. Netflix recently announced that the extremely lengthy negotiations with chief theater chains have come to fruition. Netflix will be releasing The Irishman in the theaters on November 1st; however, the movie will only be available to stream from November 27th. Martin Scorsese created the film, and it features Al Pacino along with Robert De Niro.

This is, however, the first step for Netflix because major theatres like regal and AMC stay put on a 90-day exclusive period for the movies. Netflix has been trying to stem its root in the customary film industry, but with significant theatres wanting to keep the film exclusive for some time, Netflix’s struggle does not seem to end. Netflix tends to attract new users with the exclusive movie and TV series releases, so this step appears to be a new strategy from them. Theaters that want to keep the audience attracted as long as possible before they are able to stream the film from home are not in sync with Netflix.

Netflix has been trying to gain awards and prestige recognition along with free public fame that comes with the awards. Director Steven Spielberg, who is a traditionalist, is concerned with the move, as he states that Netflix movies are” television movies” and should not be eligible for the awards. The step to release the films in theatres is just a part of awards bids because it is a criterion that the movies must run in theaters to be eligible for the awards. The Academy of Motion Pictures Arts and Sciences suggested earlier this year that Academy Award eligibility criteria should be adjusted, to make it harder for streaming films to win.

Amidst all this, Netflix is set to release ten movies in the theatres before their exclusivity on the streaming service. The list contains films like The Laundromat by Steven Soderbergh which will be released on September 7th in the theatres while being available to stream from October 18th. Marriage Story by Noah Baumbach will also hit the theatres on November 6th before its streaming availability from December 6th.

In comparison, Netflix only released four films in the theatres in 2018. The movies were Mowgli, Bird Box, The Ballad of Buster Scruggs, and Oscar-winning Roma. The movie should have at least a week-long theatrical run for being eligible for an Oscar. With The Irishman being a strong contender from Netflix, it is understandable why they are attempting to run it for several weeks in the theatres. This may mark Netflix’s name in the movie industry, as well.

The movies Netflix is set to release are:

- Dolemite Is My Name