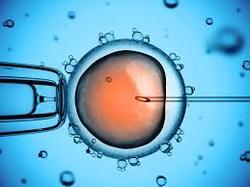 For around half of couples who are having problems conceiving, the cause of infertility is sperm-related. ICSI refers to Intracytoplasmic Sperm Injection which is the most common and successful treatment for male infertility.

ICSI is performed as an additional part of an IVF treatment cycle where a single sperm is injected into each egg to assist fertilisation using very fine micro-manipulation equipment. It was developed to pick the best sperm to place into the egg and to address common issues with sperm, such as low sperm count, poor mobility and other problems.

ICSI is very similar to conventional In Vitro Fertilisation(IVF). The difference between the two procedures is the method of achieving fertilisation.

What is ICSI IVF?

Intracytoplasmic sperm injection is a sophisticated Assisted Reproductive Technology (ART) that is used in conjunction with In Vitro Fertilization (IVF) to treat sperm-related infertility problems.
As per doctors of Oasis Centre For Reproductive Medicine, ICSI-IVF is a specialized form of in vitro fertilization that is used most commonly in cases of severe male infertility, after repeated failed fertilization attempts with conventional IVF, or after egg freezing (oocyte preservation).

We can also use this technique for couples who have experienced poor or no fertilisation rates using standard IVF.

What Is the Procedure for ICSI-IVF?

The only difference is that instead of mixing the sperm with the eggs and leaving them to fertilise, a skilled embryologist (embryo specialist) will inject a single sperm into the egg. This maximizes the chance of fertilisation taking place as it bypasses any potential problems the sperm will have in getting inside the egg. Many IVF centers help in performing ICS-IVF treatment and if you are searching for one of those centers then Oasis Centre For Reproductive Medicine in Hyderabad is one of the best options for it.

Who can benefit from ICSI IVF?

Intracytoplasmic sperm injection offers you and your partner a chance to have a baby, even with severe male infertility issues.
Many different diagnoses may be treatable with the help of ICSI IVF, including:
- Low sperm count
- Absence of sperm in the ejaculate
- Absence of sperm due to blockage
- Poor sperm motility (movement) or morphology (shape)
- Problems with sperm binding to and penetrating the egg
- Anti-sperm antibodies (immune or protective proteins which attach to and destroy sperm)
- Prior or repeated fertilization failure with standard IVF methods

ALSO READ: Causes Of Infertility And How IVF Helps With It

Many IVF centers like Oasis Centre For Reproductive Medicine in Banjara Hills says ICSI can increase IVF success rates but the procedure is not perfect. ICSI carries slightly more risks than some other fertility treatments, including a risk that eggs may be damaged when they’re cleaned and injected with sperm.

Here are some more common risks associated with ICSI.

When pregnant with multiples your babies are also at greater risk for complications, such as being born prematurely with low birth weight or having difficulty breathing on their own due to immature lungs. They are also more susceptible to infections.

- Birth defects
The ICSI risk of having a baby with abnormalities is very minimal (less than 1 percent). Certain genetic and developmental defects in a very small number of children born using this treatment; however, problems that have been linked with ICSI may have been caused by underlying infertility, rather than the treatment itself.

Some specific risks for birth defects with ICSI include:
- Sex chromosome abnormalities
- Hypospadias (a birth defect in boys where the urethra opening is underneath the penis rather than on the tip)
- Angelman syndrome and Beckwith-Wiedemann syndrome
- There is also a slightly increased risk of a male baby having fertility problems in the future. This is because male infertility may be passed on genetically.

ICSI is simply a method to ensure that the egg is fertilized. ICSI is a safe and proven IVF method that does not increase the likelihood that the child conceived in this way will have a birth defect. Getting a better understanding of ICSI risks and how they may impact you and your family can help you make an informed decision on whether or not to pursue this fertility treatment. It is important for you and your partner to discuss the ICSI risks and benefits with your doctor. You can also consult a doctor online and they can provide information that’s specific to your personal fertility history.