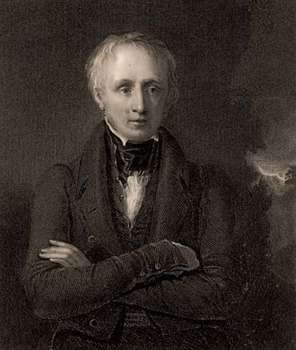 Behold her, single in the field,

Reaping and singing by herself;

Alone she cuts, and binds the grain,

And sings a melancholy strain:

O listen! for the vale profound

Is overflowing with the sound.

No nightingale did ever chant

Of travellers in some shady haunt.

A voice so thrilling ne’er was heard

In spring- time from the cuckoo- bird.

Breaking the silence of the seas

Among the farthest Hebrides.

Whate’er the theme, the maiden sang

As if her song could have no ending;

I saw her signing at her work,

And o’er the sickle bending;

I listen’d motionless and still

And, as I mounted up the hill,

The Music in my heart I bore,

Long after it was heard no more.