Death Comes as the End 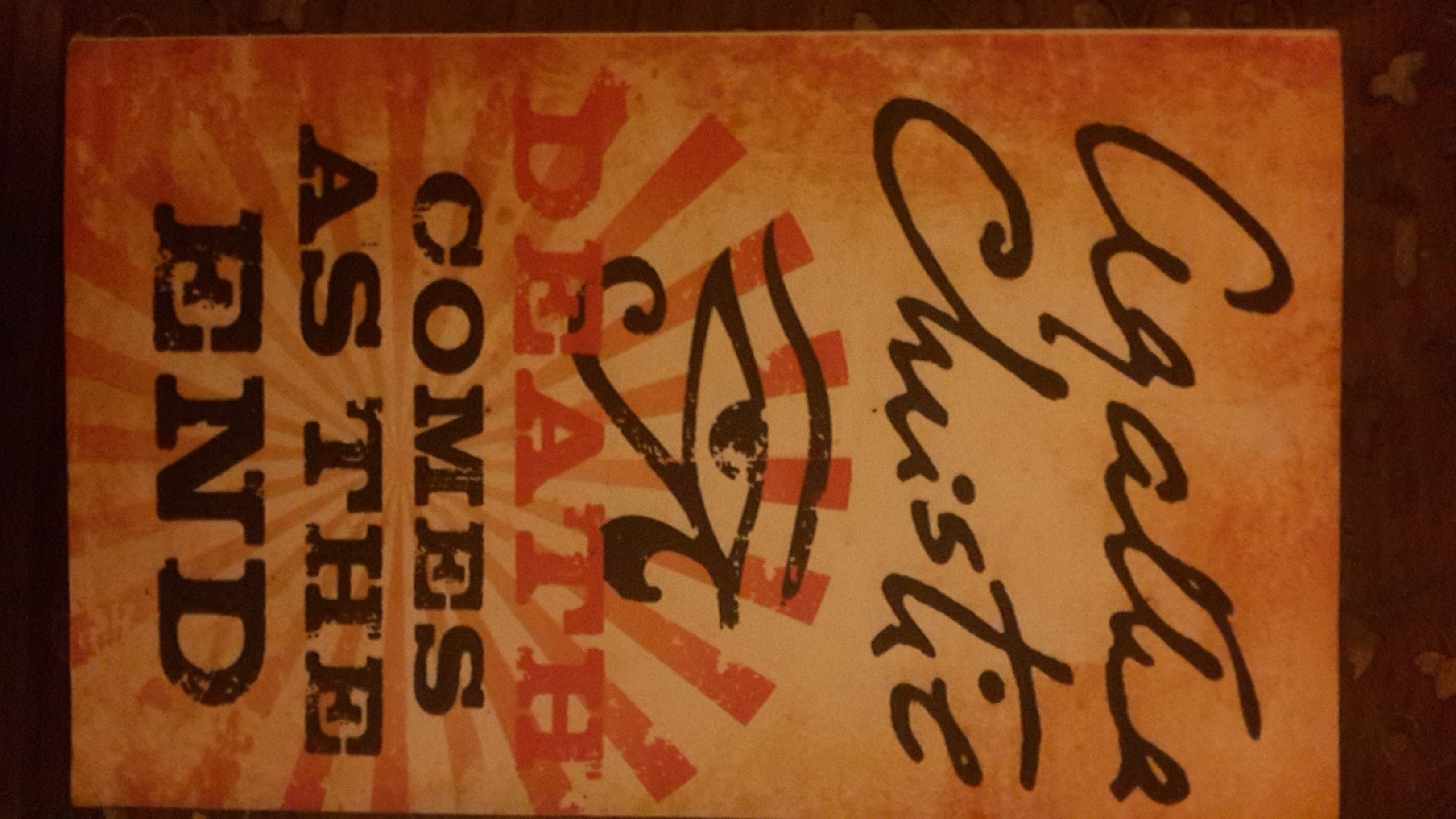 This is the cover of an Agatha Christie novel. Yes, we all are big Agatha Christie fans here. We have proudly displayed almost her entire collection in our drawing room. My dad also liked Agatha Christie. In fact, I think he was the one who instilled the love of Agatha Christie and for that matter all detective/ mystery novels in us. A very long ago memory – perhaps when I was 7 or 8 – lying in bed with him at night time and listening to the story of “Why didn’t they tell Evans” – another Agatha Christie novel. I remember the fascinating cover of the novel very vividly – a huge skull covering almost the whole page.

But despite knowing that Death does come as the end, I don’t think anyone is ever prepared for it. Even in the case of terminally ill patients, even in the case of a 90 plus parent… you always wish the time with them lasted some more. And so do I… I wish he had been there to see Abeer walk (he walked a few days after papa’s death); I wish he had waited to see Arnav’s new school; I wish he had waited for me to establish this blog – a platform I had wanted to use to share his ideas also with the world… I wish; I wish; I wish…

Birth and death, despite being the most basic truth of human life, both seem equally unbelievable to me. Every time I look at my kids, I wonder at the wonder of life. Of how life emerges from another human being. I cannot believe that they took shape inside me. That they were crafted from a cell. Similarly, death. I am just unable to wrap my head around the fact that a living, laughing person just suddenly disappears into nothingness. And you have blank walls staring at you, when you want to reach out to him. The person is no more. NO MORE. There could be nothing more final than this.

I don’t think a day has gone by since he left us, that I have not wished that things had turned out differently. Not a day, that I have not missed him. The wound somehow has become deeper in fact. They say time heals – so I am waiting for that to happen. But many have also said that you can never get over the loss of a parent. And it is very different when you lose someone who lived with you. Every little thing in the house, every room screams out his absence. I remember the day I was hanging out washing – I wash clothes by colour – and it was whites that day – and there weren’t any of his baniyans (vests) to hang. I don’t think anything else made me feel his absence so strongly.

The video camera battery that he had asked me to bring from the U.S. – which we ultimately used for his remembrance meeting. The half full case of weekly medicines (medicines eaten till the morning of his stroke) – the unfinished cornflakes (he only liked Mohun’s – Kellog’s didn’t do it for him) – his drawer of tools and PCBs and other electrical equipment – the Nano which he drove (it killed me when Arnav asked who will pick him up from school now or who will the stuff in nanaji’s drawer belong to now) – the weirdly pained expression with which Arnav talks about him – the cooler which he set up every summers – each and every thing a painful reminder of his absence.

I would meet Papa quite often either going down the building or coming up as I came back home in the evening. And kurta pajama was his usual attire. Yesterday evening, when I came out of the lift on our floor, I glimpsed a kurta pajama, before seeing the face. My heart stopped for a millionth of a second. But of course, it was not him. So many times, when the phone has rung, for a split second, I expected it to be him. And then there is his image of saying bye to me at the lift, feeling slightly cold and I telling him to go back to the house  – as I left for the airport to go to DC – the last living image of him….

For his remembrance meeting, we had picked a very happy picture of his – we didn’t want the usual passport photo as his reminder. After the meeting, we kept his picture in our dining room. But we soon realized we didn’t want a reminder of his absence. Without it, we could at least make ourselves believe he is in another room.

And sometimes I wonder what my mum feels – if this is how strongly I feel about his death. That is what we are all condemned with – life after death. Not that of deceased, but of the living. The lives that we all lead, after losing someone close. The silent grief we all carry, unable many times to share with others. When the mourners leave, we the living are left behind to pick up the pieces of our lives, lives after death.

But the one thing that consoles me is that he went peacefully. He did not suffer. I am happy that he spent the last six years of his life living with us. We had a lot of fun - doing trips to Kochi, Ranthambore, Bandhavgarh and many more. Watching movies - unravelling them threadbare. Eating out - he could never understand why some things cost as much as they did! He saw his elder grandson grow and saw the birth of his twin grandsons, he published his book on kindle, he continued inventing new games - his card cricket was a hit with everyone who tried it. In the last year of his life, he managed to visit and meet many of his friends, relatives, renewed some old forgotten relationships. He had a fulfilling life - loved by all those close to him - and he himself was a very loving and caring person. I think at the end of our life, if the few boxes of love, family, friends, contentment are checked - I would say it was a life well lived.

Anyway, as people say, I hope he is in a happier place now. He sure seems to have been collecting some interesting people. After getting over the shock of Sridevi’s death, my next thought was that papa will have some good company there! And now Stephen Hawking. “I regard the brain as a computer which will stop working when its components fail. There is no heaven or afterlife for broken down computers.” – words, by Stephen Hawking that my sister messaged me the morning after Hawking's death, saying she thought of our dad while reading this message. But just in case they are both wrong, I would like to imagine they are discussing the secrets of the universe somewhere!

By the way, this also was not a planned blog. I had actually planned to write something happy this time – about Abeer, who is increasingly becoming naughty. But I just could not write. I guess this needed to come out before I could write any further. Now that I have written about Death, I hope I will be able to write about Life. So long!