A Quick Peek into Ranikhet: The Natural Heritage It Has 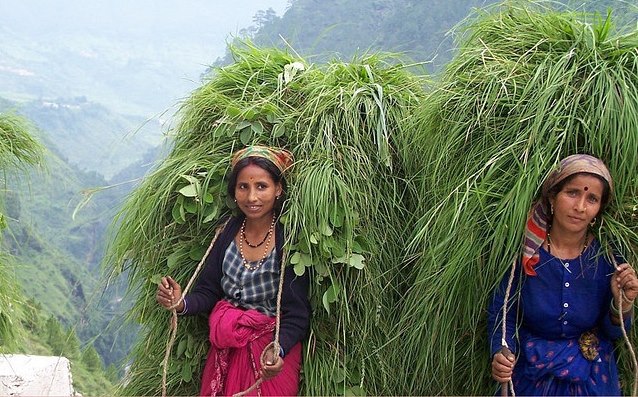 Indulging a trip to Ranikhet which is reckoned as the major tourist destinations in Uttarakhand is obviously an engaging one and you would treasure it forever. The lofty mountains with frothy snow, the mesh yellow-green lands all these bewitching scenarios simply give you a feeling as if landed on a heaven. To get some more amusements, try to plan an excursion to the Queen’s Field. Exploring some of unexplained and admiring beauties of Ranikhet is beautifully covered under Uttarakhand holiday package.

Hope the engrossing nature will give a break through from your hurly-burly routines.

Which are the best natural places you should visit while visiting Ranikhet?

These are some authentically natural and serene places, which you will always love to admire. The places are-

Have you ever imagined how does it look when you land up on a remote village in the midst of the majestic mountains? It is definitely a thrill, but a lot of contentment waits for you when you see the mountain slope cuts into terraces. It is especially remembered for the hut known as Gandhi Kuti. In addition, it was there since Mahatma Gandhi rested a day in the hut during the freedom movements. Even resorts in Uttarakhand organize a tour plan where this special place is always enlisted.

Walking one kilometre downhill from the Chaubatia Garden is the Bhalu Dam. Obviously, this dam is chosen by the tourist for relaxing and feasting, the green lush around the dam is worth looking at. Historically, the dam was constructed by the British government in the year 1903. It was a wonderful solution for the water problems, which became persistent in the place. Even tenting along the Sylvan Dam in the middle of the magnetizing Himalayas will surely give you a lifetime experience to cheer for.

Manila is a small settlement nestled in the lap of Kumaon situated at an altitude of about 1820 meters. It is the place inherited the name from Manila Devi the ritual god of the medieval Katyuri rulers. It is a paradise on earth as it gives a panoramic look of the Nanda Devi, Panchachuli, and Trishul.

Again trekking twelve kilometers from Ranikhet, you will come across this place, which actually houses few clusters of dwellers. Even this is also chosen a destination of youngsters as they can engage in some fun and other sports activities. The place got is relevance for snugly nestling a temple dedicated to Goddess Kali.

There are lots of temples like Jhula Devi, Binsar temple, Katarmal Sun Temple, Mankameshwar Mandir, and Haidhakan Mandir which have both beauty and natural serenity. All these are the must to see destinations for the devotees. Each of the temples narrates the saga of its existence and faith.

Ranikhet boasts its ever-charming and eternal natural beauty. Now the gardens including Chaubatia Orchard and Ashiyana Park have become the major tourist destination. The later one arranges some playful activities for the kids too.

Hope you got a laconic idea on how to plan the trip while you are planning for Ranikhet tour. Once you prepare the map, just decide the locations to halt at, and accordingly get abreast of information about the features of the hotels in Uttarakhand.

This beautiful town of Uttarakhand is well connected with the other major cities of the state via road & only 55 km form Uttarakhand's popular hill station Nainital. The article contains detailed information about how to get there easily and more conveniently.

By Air- Pantnagar Airport is the nearest airport to Ranikhet which is located around 115 km away from your destination city. From the airport, you can take a taxi to reach Ranikhet but if you want to go by bus then you need to reach Kathgodam, Haldwani, or Nainital and then take the bus to reach Ranikhet.

By Road- The motorable roads connect this beautiful city with the other major cities of the state and also with some of the parts of Northern India. You can take a bus from ISBT Anand Vihar, New Delhi to reach Almora and if you get there via Moradabad or Babugarh then you easily reach there within 10 hours as the distance is only 360 km.

Due to All-Time pleasing and favorable climatic conditions, Ranikhet can be visited all throughout the year where winter welcomes the tourists with snowfall, and monsoon makes the region filled with stunning and refreshing views of the city.

Summer- The most ideal time to plan your Ranikhet visit as the temperature ranges goes up to a maximum level of 27 degree Celsius. But do keep in mind that you will be getting a huge crowd in this season as it is the peak season of tourism in Ranikhet.

Monsoon- However, you can visit Ranikhet all around the year but still monsoon is not much recommended to plan your Ranikhet trip as in the first two weeks of monsoon, you will not be facing much rainfall but after that, your trip can be somewhat hindered due to heavy rainfall in the area.

Winter- Be ready to fight with the monkey brass weather in Ranikhet as the temperature ranges between -3 degree Celsius and 15 degree Celsius in this season. If you hate crowd and love playing with snowballs then it can be the most perfect time for your trip.