The Assassination of Amber Heard 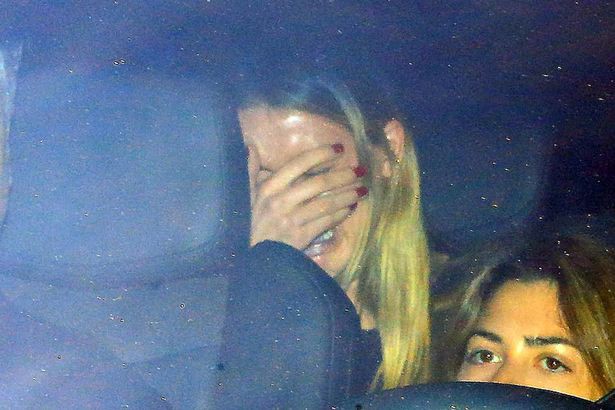 When I saw the first news article about Johnny Depp’s abuse allegations, I quickly and intentionally scrolled past it. I swallowed and tried to distract myself with social media.

This was in May 2016, and even as a self-proclaimed feminist I didn’t want to accept the fact that an actor I had loved for most of my life could be capable of such a thing. I now know this is a thought process called ‘cognitive dissonance’ — where a fact contradicts your known reality so much, your brain ignores it or denies it to avoid the mental discomfort it causes.

Exactly a week later, I saw another article, this time from Entertainment Tonight. It included screenshots of texts to Amber from Stephen Deuters, Depp’s personal assistant, apologizing for his abuse. “When I told him he kicked you, he cried. It was disgusting, and he knows it.” Heard goes on to reference other violent incidents, all uncontested by Depp’s assistant.

When I read this, a switch inside me clicked. Immediately I saw that this was an enabler, trying to reconcile an abuser with his victim. Written proof of an abusive incident, something that so few survivors are lucky enough to have. A new reality formed in my mind: Johnny Depp is an abuser.

Once the couple reached their divorce settlement, they released a joint statement, agreeing “Neither party has made false accusations for financial gain.” I was relieved to see Depp admitted that Amber’s allegations weren’t false, and assumed that would be the end of that.

To my horror and disbelief, a new hashtag soon began trending on Twitter — #JohnnyDeppisInnocent (which would later become the infamous #JusticeForJohnnyDepp). That was my first brush with the abuse apologists who have dominated social media over the last few years, swarming anyone who dares to question Depp’s innocence with abuse and vitriol. Little did I know, it was just the beginning.

Amber Heard never claimed to be a perfect victim. She never said she didn’t fight back or hit Johnny — in fact in her 2016 deposition, she admitted to just that. When you are living in an abusive situation, your brain is in constant panic mode. You become the most toxic version of yourself. Like an animal backed into a corner, you do what it takes to survive. Amber was recorded saying to Johnny, “Please, I’m begging you to stop. I feel like I have a heart attack almost every day. You’re killing me.”

However, in late 2018 Depp’s lawyer Adam Waldman — famous for his shady links to Russian oligarchs and disinformation campaigns including the 2016 election — released a statement claiming Johnny Depp was a victim of domestic abuse: Depp would sue both Heard and The Sun in the US and UK respectively for defamatory statements. And in January 2020, an edited, out of context audio was strategically leaked by Waldman. Amber’s words were both misquoted and misconstrued as her taunting Johnny for being an abuse victim, when the correct transcript and full recording hears her sobbing over the phone, telling Depp she thought he was going to kill her and refuting Depp’s excuse for his violence — that it was a ‘fair fight’, so he was a victim too. Waldman was kicked off the US defamation case for leaking evidence, but the damage was done.

Depp’s fans, Men’s Rights Activists, and even some misguided feminists went feral for this recording. Johnny Depp became the poster boy for male abuse victims, and Amber for female abusers. The doctored transcripts and edited audio recordings went viral on Twitter, and Heard became public enemy №1. The internet was no longer safe for her.

Never mind that texts from Depp to actor Paul Bettany proved he already had sexually violent murder fantasies about Heard — drowning her and burning her alive and raping her burnt corpse. Never mind the video of Depp shouting, smashing glasses, kicking doors and slamming cabinets, something aggressive enough for a domestic violence charge in other US states. Never mind that Amber’s medical records noted her injuries and had documented the attacks. Never mind that Heard already had pictures of her bruises with confirmed metadata — but of course the narrative then changed from Photoshop to special effects makeup. Amber was now an abuser, and Johnny her victim.

And then, the UK trial happened. Despite a bevy of scandalous headlines and hashtags aimed to humiliate Amber, a trial that was meant to be an easy win for Depp due to the UK’s strict libel laws declared him to be a wife-beater— with twelve separate allegations of abuse proven in the High Court of Justice. Many were confused, as the majority of the reporting had focused on Heard’s shortcomings and social media was dominated by Depp supporters.

Then came the excuses: Amber slept with the judge. Amber was related to the judge. Amber bribed the judge. The judge only believed her because she’s a woman (laughable to anyone with a basic understanding of how the legal system treats female victims).

Despite now being a court-proven victim, Amber continued to be harassed, this time on a larger scale and with more ammo to attack her with. The smear campaign stepped up — Bot Sentinel found 6,000 fake accounts tweeting pro-Depp/anti-Heard sentiments and amplifying such tweets. The petition to remove Heard from Aquaman 2 gained hundreds of thousands more signatures, although many of these signatures were found to be bot activity. Amber was smeared in every way possible, publicly humiliated just as Depp had planned. Tweets focused on faecal matter left in the couple’s bed, blamed on Amber despite Depp texting his own employee asking him to defecate in the master bedroom, saying “it’ll be funny”.

And now Johnny Depp has dragged his ex-wife to Virginia, a state known for its lawsuit tourism due to its weaker freedom of speech laws. (N.B: Abusers are known for using the courts to further retraumatize and financially abuse their victims.) Despite multiple setbacks in Depp’s presentation of evidence, including his claim that Heard cut off his finger off being debunked by his own texts to three different people followed by an audio of him admitting he did it, the internet still remains vastly pro-Depp.

Yesterday, Heard’s lawyers began their defence by calling Dr Dawn Hughes, a board-certified psychologist with 25 years of experience and an expert in intimate partner violence, sexual assault and traumatic stress. Dr Hughes had independently reviewed Amber’s medical records, consulted her previous medical practitioners, as well as interviewing her for a total of 29 hours. She testified the following:


“There was a number of incidents of sexual violence reported in this relationship. Those are documented early on in Dr Bonnie Jacobs’ notes where when Mr Depp was drunk or high, he threw her on the bed, ripped off her nightgown and tried to have sex with her. There were times when he forced her to give him oral sex when he was angry. These weren’t in loving moments, these were in angry moments, moments of dominance, moments of him trying to get control over her. There was a time when they were in Hicksville where he was accusing her of a woman hitting on Amber. On that incident, Mr Depp performed a “cavity search” and felt it acceptable to rip off her nightgown and stick his fingers up her vagina to look for cocaine.”

“These incidents often happened in a drug-fuelled rage. There was another incident in the Bahamas where when he got angry, he took his fingers and he put them in her vagina and moved her around violently, again an act of sexual violence. And of course, the incident in Australia was one of the most severe instances of sexual violence that Ms Heard had to endure. When he was beating her and choking her and telling her ‘I’m going to fucking kill you, I hate you’, when he grabbed a bottle that was on the bar and penetrated her with that bottle. Ms Heard reported to me of dissociating and going outside of her body and the only thing she was thinking is ‘Oh God, I hope it’s not the broken one.’”

Over the last few days, I’ve been thinking about how Amber’s life changed between 2016–2018. When Amber came out with her allegations, women who accused famous men of abuse were defined by that and only that for the rest of their lives. But then sixteen months later, the #MeToo movement happened. Amber was able to ride the wave and build on her activist career. She started getting more interviews in magazines, writing articles. Her acting career gained traction and Aquaman made $1.1 billion at the box office (more than any Depp film as of yet).

As excruciating as it was to hear the graphic details of her sexual assaults, it was the shock that the public needed to make them realise the horror of what she went through. The last straw for decent people to finally realise Amber was not the perpetrator, not ‘just as toxic’, but the victim. When she wins this case, there will be a toxic backlash from his supporters no doubt. Part of me is worried about her physical safety — she recently hired an elite security team due to ongoing threats. But I genuinely believe she will be able to somewhat move past this. Restart her activist career, star in a few independent films. Raise her daughter in a kinder world than she grew up in. I have hope.

Search her name on social media and you will find endless quantities of misogynistic abuse and victim-blaming. Other victims are seeing this, and thinking no one will believe them either. Bear in mind how you speak about this trial, and Amber in general — every time you choose to call her a liar, or a gold-digger, or an abuser — a victim you know will quietly decide they cannot trust you.