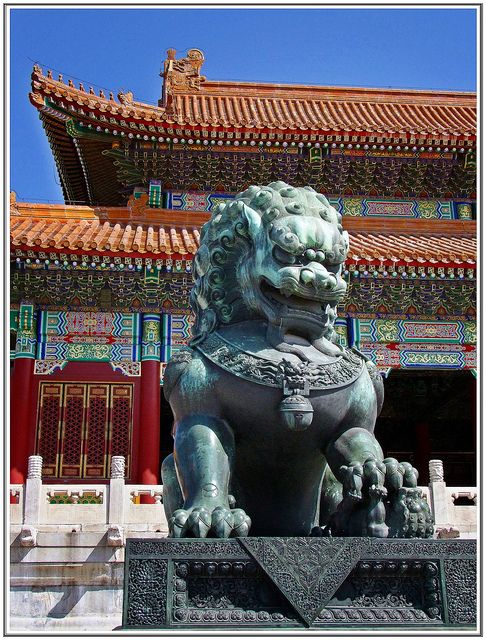 Chinese literature, the body of works written in Chinese, including lyric poetry, historical and didactic writing, drama, and various forms of fiction.

Chinese literature is one of the major literary heritages of the world, with an uninterrupted history of more than 3,000 years, dating back at least to the 14th century bce. Its medium, the Chinese language, has retained its unmistakable identity in both its spoken and written aspects in spite of generally gradual changes in pronunciation, the existence of regional and local dialects, and several stages in the structural representation of the written graphs, or “characters.” Even the partial or total conquests of China for considerable periods by non-Han Chinese ethnic groups from outside the Great Wall failed to disrupt this continuity, for the conquerors were forced to adopt the written Chinese language as their official medium of communication because they had none of their own. Since the Chinese graphs were inherently nonphonetic, they were at best unsatisfactory tools for the transcription of a non-Chinese language, and attempts at creating a new alphabetic-phonetic written language for empire building proved unsuccessful on three separate occasions. The result was that after a period of alien domination, the conquerors were culturally assimilated (except the Mongols, who retreated en masse to their original homeland after the collapse of the Yuan [or Mongol] dynasty in 1368). Thus, there was no disruption in China’s literary development.


Through cultural contacts, Chinese literature has profoundly influenced the literary traditions of other Asian countries, particularly Korea, Japan, and Vietnam. Not only was the Chinese script adopted for the written language in these countries, but some writers adopted the Chinese language as their chief literary medium, at least before the 20th century.

The graphic nature of the written aspect of the Chinese language has produced a number of noteworthy effects upon Chinese literature and its diffusion: (1) Chinese literature, especially poetry, is recorded in handwriting or in print and purports to make an aesthetic appeal to the reader that is visual as well as aural. (2) This visual appeal of the graphs has in fact given rise to the elevated status of calligraphy in China, where it has been regarded for at least the last 16 centuries as a fine art comparable to painting. Scrolls of calligraphic renderings of poems and prose selections have continued to be hung alongside paintings in the homes of the common people as well as the elite, converting these literary gems into something to be enjoyed in everyday living. (3) On the negative side, such a writing system has been an impediment to education and the spread of literacy, thus reducing the number of readers of literature, for even a rudimentary level of reading and writing requires knowledge of more than 1,000 graphs, together with their pronunciation. (4) On the other hand, the Chinese written language, even with its obvious disadvantages, has been a potent factor in perpetuating the cultural unity of the growing millions of the Chinese people, including assimilated groups in far-flung peripheral areas. Different in function from recording words in an alphabetic–phonetic language, the graphs are not primarily indicators of sounds and can therefore be pronounced in variant ways to accommodate geographical diversities in speech and historical phonological changes without damage to the meaning of the written page. As a result, the major dialects in China never developed into separate written languages as did the Romance languages, and, although the reader of a Confucian Classic in southern China might not understand the everyday speech of someone from the far north, Chinese literature has continued to be the common asset of the whole Han Chinese people. By the same token, the graphs of China could be utilized by speakers of other languages as their literary mediums.

The pronunciation of the Chinese graphs has also influenced the development of Chinese literature. The fact that each graph had a monophonic pronunciation in a given context created a large number of homonyms, which led to misunderstanding and confusion when spoken or read aloud without the aid of the graphs. One corrective was the introduction of tones or pitches in pronunciation. As a result, metre in Chinese prosody is not concerned with the combination of syllabic stresses, as in English, but with those of syllabic tones, which produce a different but equally pleasing cadence. This tonal feature of the Chinese language has brought about an intimate relationship between poetry and music in China. All major types of Chinese poetry were originally sung to the accompaniment of music. Even after the musical scores were lost, the poems were, as they still are, more often chanted—in order to approximate singing—than merely read.

Chinese poetry, besides depending on end rhyme and tonal metre for its cadence, is characterized by its compactness and brevity. There are no epics of either folk or literary variety and hardly any narrative or descriptive poems that are long by the standards of world literature. Stressing the lyrical, as has often been pointed out, the Chinese poet refrains from being exhaustive, marking instead the heights of his ecstasies and inspiration or the depths of sorrow and sympathy. Generally, pronouns and conjunctions are omitted, and one or two words often allude to highly complex thoughts or situations. This explains why many poems have been differently interpreted by learned commentators and competent translators.

The line of demarcation between prose and poetry is much less distinctly drawn in Chinese literature than in other national literatures. This is clearly reflected in three genres. The fu, for example, is on the borderline between poetry and prose, containing elements of both. It uses rhyme and metre and not infrequently also antithetic structure, but, despite occasional flights into the realm of the poetic, it retains the features of prose without being necessarily prosaic. This accounts for the variety of labels given to the fu in English by writers on Chinese literature—poetic prose, rhyme prose, prose poem, rhapsody, and prose poetry.

Another genre belonging to this category is pianwen (“parallel prose”), characterized by antithetic construction and balanced tonal patterns without the use of rhyme; the term is suggestive of “a team of paired horses,” as is implied in the Chinese word pian. Despite the polyphonic effect thus produced, which approximates that of poetry, it has often been made the vehicle of proselike exposition and argumentation. Another genre, a peculiar mutation in this borderland, is the baguwen (“eight-legged essay”). Now generally regarded as unworthy of classification as literature, for centuries (from 1487 to 1901) it dominated the field of Chinese writing as the principal yardstick in grading candidates in the official civil-service examinations. It exploited antithetical construction and contrasting tonal patterns to the limit by requiring pairs of columns consisting of long paragraphs, one responding to the other, word for word, phrase for phrase, sentence for sentence.

Chinese prose writing has been diverted into two streams, separated at least for the last 1,000 years by a gap much wider than the one between folk songs and so-called literary poems. Classical, or literary, prose (guwen, or wenyan) aims at the standards and styles set by ancient writers and their distinguished followers of subsequent ages, with the Confucian Classics and the early philosophers as supreme models. While the styles may vary with individual writers, the language is always far removed from their spoken tongues. Sanctioned by official requirement for the competitive examinations and dignified by traditional respect for the cultural accomplishments of past ages, this medium became the linguistic tool of practically all Chinese prose writers. Vernacular prose (baihua), in contrast, consists of writings in the living tongue, the everyday language of the authors. Traditionally considered inferior, the medium was piously avoided for creative writing until it was adopted by novelists and playwrights from the 13th century on.