Launching a taxi app with a car pooling functionality like Uber Commute: Things to know 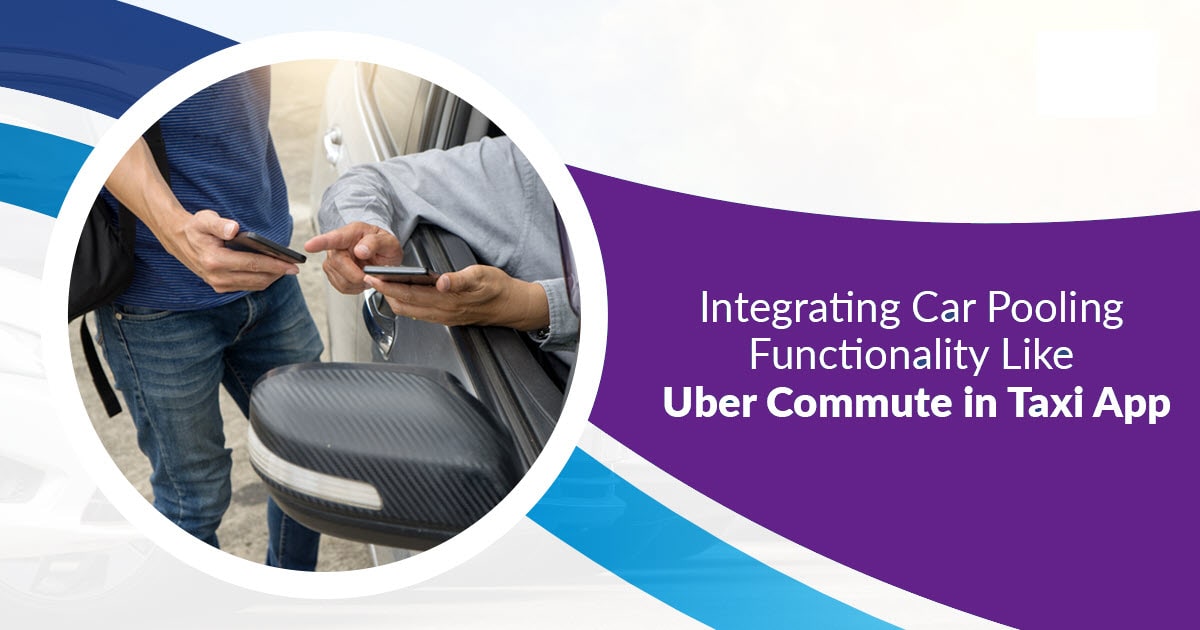 To date, Uber remains a giant in the transportation industry by not only providing ride-hailing services but also through other innovations like carpooling, ride-sharing and additional luxury options to ease people’s task in their daily life. And now, the jumbo has introduced a new functionality called “Uber Commute” where any individual who owns a car could benefit by picking another person traveling in the same direction. This service is similar to Uberpool, but the driver doesn’t have to get a commercial license or yellow plates to proceed further. However, the driver must clear the background verification process.

As this is a growing innovation in Uber’s world, as an entrepreneur, you can study and analyze what strategies Uber follows to make it a success all around the world. This innovation is still in the development process in some countries. So, fortunately, you have a space to fill.

You can either launch a taxi app using a ready-made solution like Uber clone script or can integrate this feature in your existing app. But first, you must know what is Uber commute and how it works.

Let me breakdown some information about the whole new commute service here,

How does Uber commute work?

As said earlier, the nature of the function is the same as the carpooling but the driver will pick commuters who travel the same route as he/she is, and after the ride, the passenger will pay with money.

What are the benefits?

This service benefits both drivers and passengers. The driver can gain Rs.9/km and can have a seamless on-boarding experience. From a passenger’s perspective, he/she can choose this service to reduce the cost spent on other modes of transportation. Also, the traveler can get acquaintance despite traveling alone.

Besides, the huge benefit of this service is it helps reducing traffic congestion.

Is the service safe?

Also, as a security feature, Uber offers SOS and options to share ride details to friends and families.

Can drivers accompany their friends in the car?

Drivers are allowed to bring their friends in the car. But there must be space for at least two members in the vehicle. Also, there are certain formalities to be followed in this service for the safety of both the driver and rider.

If you are about to create a Uber-like app, you must know the legal formalities and other policies that Uber follows to make this service successful among the people.

- Register your details in Uber
- Go to play store and install Uber Driver-Partner App
- Choose your destination point (which you regularly go, e.g., work location, home)
- Find commuters on that route and pick up.
- Get paid for the shared miles from the commuter.

Thus, after knowing all these mechanisms, you can approach your developing partner to integrate this feature in your existing or new application. But make sure to hire developers who are skillful and aware of the technologies that are needed to create. Try an app development company with a  team of professional developers who are technically strong to create what you expect. You can even get an on-demand Uber clone at an affordable price and can customize as you wish.