"Man is not what job he does, he is what apart." This is the dialogue from movie "Body of Lies" 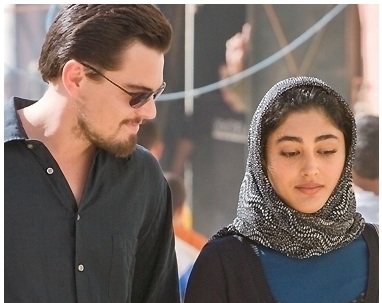 "Man is not what job he does, he is what apart." This is the dialogue from movie "Body of Lies"

How truthfully the all layers of men torn-off in a single stroke by this single sentence. The mask is torn off while the reality remains.

The scene is like this, The Leonardo Decaprio tells his Iranian girlfriend Gloshifteh Farahani that he is a Political Advisor in Iran by profession, though it was a lie and he was US undercover. She also didn't believe him at all and replies, "Man is not what job he does, he is what apart." Means she is not interested in what kind of job he does, she had seen how he behaves off the job and she is therefore confident to accepts him as potential boyfriend. And she does.

So naked truth put up in less words. Truth is just put-up subtly. So much so in so much less. I wish every women on the globe would have thought like this. Especially in Indian context this concept is 1000 miles away. Before marrying or before befriending with a potential boyfriend, how many Indian girls have thought of this or how many parents have thought while searching groom for their daughters? Having done same I think 99% of marital problems would have never cropped-up. Most Indian marriages are all about scenery and status symbol and that’s why it fails. The first ever question anybody from society whether you are known are unknown will ask you is "What are you doing?" Means what job are you doing and "where are you doing" is silent here which you are supposed answer compulsorily. Means you have to answer it with detailed tag of status value in society. Eg. "I am doing 'Job' or 'Business' is not acceptable answer here in Indian society. You have to give description of job also like Executive in IT company, Manager in Bank, CA with MNC or Class-I rank Officer in govt. and if you are into business then some kind of Export House or Manufacturer with Foreign Collaboration etc. Job and description of Job is a must. Indian women here wants status symbol first and husband last. And same is the case with their parents. Obviously if you marry to status you shoudn't expect nice friendly husband. Because you didn't checked upon that. I mean such expection is illogical and too optimistic. How can you expect which you didn't checked upon? During first matchmaking interview how many girls or their parents asks about the habits of the groom? It is idealistically kept a wonderful notion that if a man earns well he behaves well and optimistically will behave well. And no one wants to break that goody goody decorated shell of wonderful fairy tale. Isn't is the common sense that a groom who asks tonnes of gold in dowry is a selfish materialistic person? He loves money more than your daughter. But common sense is commonly uncommon.

On job person does what his boss or organisation tells him or expects him to do. The activity what he does is in line with the organisation's likelihood intention. But what he does beyond job defines his character. And character cannot be linked with type of job. For eg. Drinking liquor has no particular job or profession attached. Roadside 'Mathadi Kamgar' to elite CEOs do drink like a drunkard. Thus what kind of person he is? is doesn't characterised by the activity he does while on job or his profession. His disposition depends on what kind of activities he get engaged other than job. Like what kind of habits he has? What kind of hobbies he keeps. I mean hobbies not necessarily a professionally identified hobbies. Throwing stone at pity roadside dog for nothing is also hobby. Standing out from posh car and pissing on the road is also hobby. Spitting on the road, Throwing thrash on road, Breaking traffic signals, Using abusive language....These are all fall under hobbies. I say hobbies because these habits just give pleasure value nothing else. And hobbies supposed to give pleasure. Habits I would define as a unstoppable style of doing action or living. Eg. drinking, smoking, drugs, discotheque, visiting pros, rash driving, using social media excessively, going to gym., getting up early, planning activity, workoholic, introspection, reading books etc. Therefore whether the person is violent, possessive, religious, God fearing, God friendly, atheist, Spiritual, doubtfire, independent, cultured, nincompoop, aggressive, smart, liar etc......All sort of Good, Bad & Ugly can be tested and judged by the activities he does beyond job. This so simple. It doesn't require any special intelligence. It's not a rocket science. Thus next time girl meets a boy my request is atleast ask few questions about habits and hobbies. It's not at all complicated. And make your life melodious. All the best.👍